An assessment of importance for web/mobile application developers

Just off the main PR-driven bulletin freeway this week is "news" of open-source web application frameworks and tools company Sencha… and its developer team's thoughts on Android 5.0 Lollipop.

Sencha has reviewed Google's recently released Android 5.0 Lollipop to see how it stacks up against, and impacts, web app development.

The firm points out (with good reason) that with Android now holding a dominant majority of the mobile device market share, the new OS provides a significant opportunity to improve features and UX for both developers and end users.

Android is said to hold a dominant 51.5% share of mobile devices in the US (and almost 85% globally) today.

Sencha's Ross Gerbasi (@rawss) blogs that Android 5.0 ships with Chrome for Android 38 as its default browser: "This is not a big change for most Android users as they have been able to access this browser from the Google Play Store for a while now," he said.

Gerbasi says that his team also knows that Chrome for Android 39 is already rolling out to people and expect that most "Lollipop" device owners will be updated soon enough.

The more interesting story for web developers lies in the new Android WebView.

"The new Android 5.0 WebView is now based on Chromium 37 — but probably the biggest change we see on Android 5.0 is the fact that the core WebView is no longer coupled to the Android OS. Google is now able to push updates, changes, and fixes to the WebView via the Google Play Store — allowing hybrid applications to benefit from more frequent updates than the whole Android OS release cycle. You can dig into all the info on this change by reading the Chromium WebView sections of the Google developer docs," writes Gerbasi. 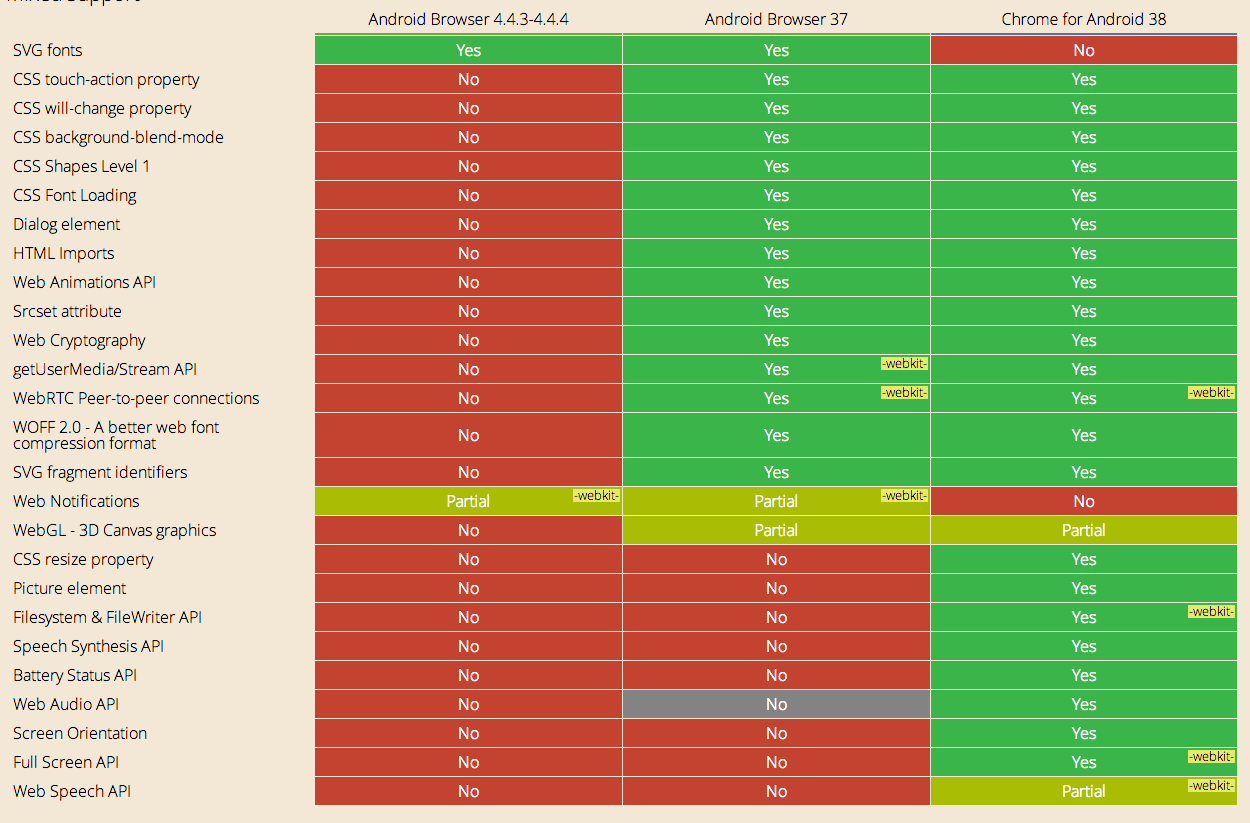