Microsoft has this week staged its TechEd technical user conference and announced previews of Visual Studio 2013 and Team Foundation Server 2013 with a specific focus upon the products' Application Lifecycle Management features.

Available at the Build conference next month, these products updates have been detailed in a blog by Brian Harry, a Microsoft technical fellow working as product unit manager for Team Foundation Server.

Focusing initially on the Application Lifecycle workflow features of VS 2013, we learn that there is continuing focus on Agile project management features (including backlog and sprint management) first seen in in TFS 2012 — these efforts join the Kanban support Microsoft added in the TFS 2012 updates.

TFS 2013 will aim to suit "larger organizations" looking to manage projects using a variety of different approaches. Microsoft's Harry acknowledges that his firm's current tooling is focused on individual teams, but it relies upon reporting and project (and/or project server) integration to "roll it up" for larger organizations.

To achieve what Microsoft likes to call "Enterprise Agile" there is a work breakdown hurdle to overcome. The problem is that different levels and layers inside any given organization will care about different levels of granularity.

NOTE: All of this will be included in TFS 2013 and is available on Team Foundation Service as of now for developers to play with and explore.

Microsoft also confirms that it was "hard at work" trying to improve version control technologies and has added a "Connect" page to Team Explorer. This is intended to make it easier to manage the different team projects and repositories that a programmer will typically need — be they located in a local area, enterprise data center-located, or cloud-based.

There's a new Team Explorer home page with a web-based task board, which also includes the list of solutions available (at any one time) in a developer's own workspace. Microsoft's Harry calls this an "unbelievably nice 'home' position" from which a programmer can navigate to whatever he or she is looking for.

NOTE: As soon as a user connects to their own Team Project, they can just click on the solution they want to work on and switch between them.

Looking deeper at another new feature, the lightweight code commenting function is logically positioned as a new means of commenting on code as an "inline experience" so that comments can be pointed to either on whole files or on specific changes. Microsoft says that this function has “some similarities” to the code review feature in Visual Studio Premium edition.

Core coding functionality has been addressed with a new "heads up display" feature in Visual Studio. This is designed to provide much-needed insights into code while working. There is a selection of "indicators" here now and the team says that it will be adding more over time.

Other improvements are focused on testing, cloud load testing, release management, team collaboration, and various other nuances and specific enhancements which have been elaborated upon in more specific detail at the link shown at the start of this story. 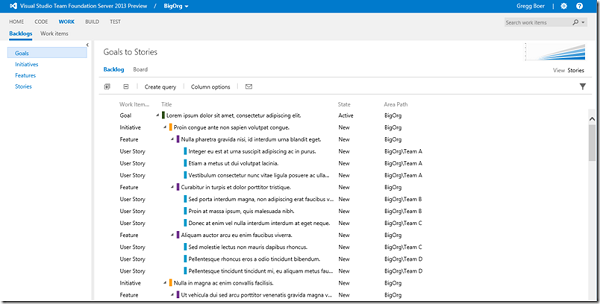