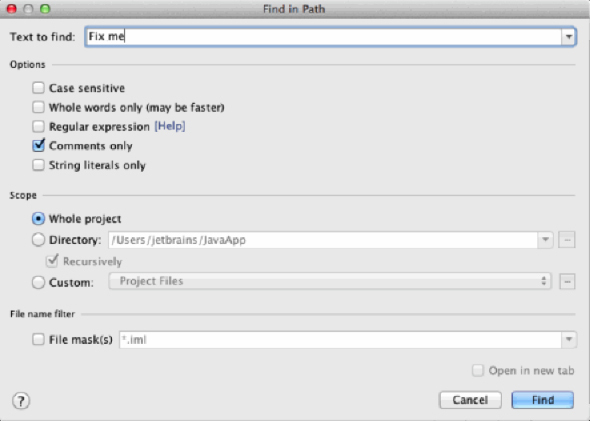 For years, IntelliJ IDEA has been the best IDE for Java coding. It had to be because it was a paid tool competing against two powerful open-source alternatives, NetBeans and Eclipse. Eventually, JetBrains, the company behind IntelliJ, released an open-source version of the IDE, which contains some (but not nearly all) of the high-end features of the marquee product, IntelliJ IDEA Ultimate Edition.

The paid nature of the the Ultimate Edition has enabled JetBrains to invest heavily in the IDE's continual refinement. And version 13 goes farther in that direction than many of the recent releases. It sports a fresher interface, faster startup times, a greater range of features, and as always, the little magical bits that have earned the IDE near-fanatical devotion.

Among the new features are lovely capabilities like being able to see variables in third-party libraries for which no source code is available; contract annotations that tell the IDE what output values are returned for specific input values so as to enable the IDE to identify redundant tests, unexecutable code paths, and the like; augmented search (see image) in which you can search for a string anywhere in the code path, in comments only, or in string literals only; automatic copying of resource files to output directories upon build; and a presentation mode for using IntelliJ to be used in code demos or lectures.

The updates are perhaps not as overwhelming as the advances in this year's Jolt winner, but they remain the kind of changes that show how tuned JetBrains is to its users' needs and how thoughtfully it responds.

Well, tuned to all needs but one: The in-product documentation and product help has for years been woefully short and so learning how the many features work continues to be a struggle that requires far more effort than it should. Were JetBrains to address this problem conscientiously, IntelliJ IDEA would be as close to ideal as any IDE can get.