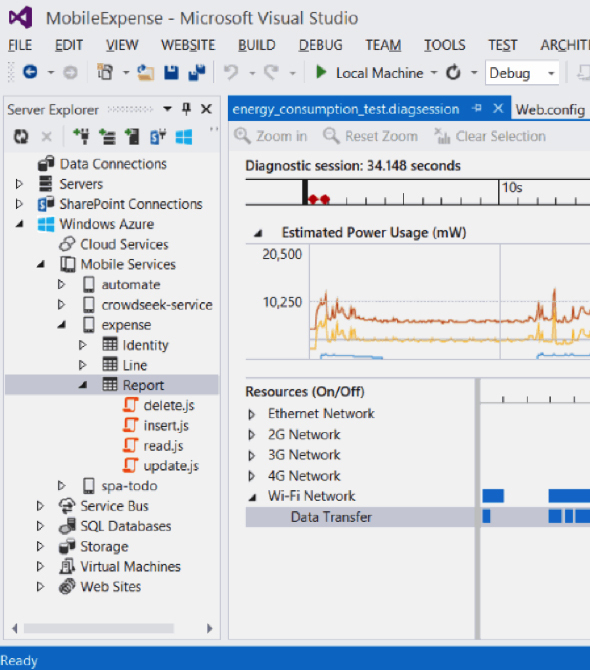 At first, it seems hard to fathom how an IDE as mature and full-featured as Visual Studio 2013 could have so much new functionality that it would warrant the Jolt Award. Nonetheless, that's what's happened in this latest edition. Visual Studio has gone from almost a necessary evil, to a comfortable, highly productive environment for a developing an enormous range of projects, to a truly remarkable IDE.

All the standard capabilities, the support for myriad languages and deployment options, are naturally well represented. But in using Visual Studio repeatedly over the evaluation period, there were dozens of, "oh, that's nice" moments reflecting an attention to detail that makes Visual Studio remarkably enjoyable to use. If that sounds like something more associated with other companies' products, well, then you start to see why Visual Studio 2013 is jolting.
Take, for example, the new Peek Definition feature. Previously, you could click and jump to the definition of the code under the mouse pointer, and find yourself in another file so that you had to navigate back to your original code. The new Peek capability integrates code definitions right inline where you're working: A small window opens up showing the definition. This is less jarring and helps preserve your train of thought. Because it works very quickly, Peek has morphed into a valuable capability for exploring the vast .NET library. Cleverly, when you're peeking into your own project code, you can edit the code in the integrated peeked view. You can even peek inside the peek and there are breadcrumbs to help you find your way back.

Dr. Dobb's earlier reviewed Visual Studio 2013 in detail and praised its inclusion of larger features, such as support for Git, the cloud coding options with integrated support for building and testing in the cloud, and the much more integrated support for front-end development. Add to this the expanded support for mobile, and you have a substantially upgraded version of Visual Studio. What is surprising is that so much new functionality could be added to a package in the single year since the 2012 edition was released. That's why it won the Jolt Award.

It's important to note that the award goes to the Premium Edition of Visual Studio 2013. There is a higher-end version, the Ultimate Edition, which (among other things) includes a unique feature called "CodeLens" that integrates both version history and code that references your code right in line with what you're editing at any moment. The Ultimate edition, however, also comes with a retail price tag of $13,299, a full $7000 more than the Premium edition. While MSDN subscribers enjoy discounted pricing if they're renewing, we could find little that would justify so high a price differential between the two editions. Hence, our award goes to the Premium version, which we think will work very well for most sites.