Skytap sells its offering based on the assertion that while some cloud services have attempted to provide a foundation for Agile environments, they often require sacrifices from the development and test teams. The firm says that many cloud providers operate at the basic Infrastructure-as-a-Service level, which typically requires an upfront time and resource investment to create the target cloud environments in advance. The Skytap Automation Pack (on the other hand) is combination deal; i.e., it provides the automated scale and elasticity of cloud infrastructure coupled with the preferred tools and processes that development and test teams are currently using today.

"Agile development for the cloud demands rapid deployment, a focus on user experience, and access to highly elastic resources for software testing, while requiring comparatively less underlying infrastructure for developing applications," said Asheesh Raina, principal research analyst at Gartner, in a report titled "Market Trends: Application Development Software, Worldwide, 2012-2016." "The trend is compelling enough to force traditional agile development vendors to 'cloud enable' their existing offerings and position them as a service to be delivered through the cloud."

With this solution, developers can:

"Visual Studio Team Foundation Server 2012 is an enterprise ALM solution that enables teams to deliver software at a continuous cadence with agility and quality. The lab management capability of the solution delivers self-service experiences for developers and testers that reduce the cycle times in provisioning and managing development and test environments with operational compliance," said Karthik Ravindran, senior director of ALM product management at Microsoft. 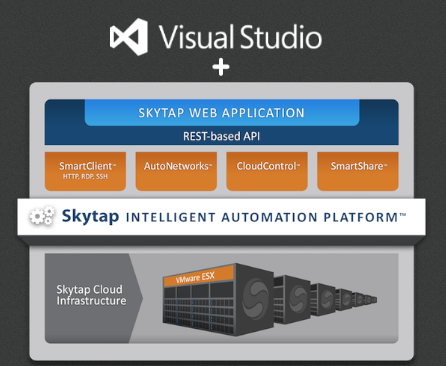