A cloud-based load-testing tool to help understand and interoperate

Not always top of the Dr. Dobb's news pile in terms of developer toolkits and platforms, HP this week shines by dint of an expansion to its HP Performance Testing Suite, with new software focused on helping Agile development teams accelerate application quality.

HP justifies its product (and the need for more developer testing tools) by saying that the modern enterprise faces "a perfect storm of changes" that are driving the need for a new approach to application delivery and testing.

"Businesses must develop applications that can instantly operate across a wide variety of platforms including thousands, or millions, of mobile devices. These applications must understand and interoperate with a constantly expanding set of systems and data. Finally, as time to market becomes increasingly important, businesses need fast access to development environments that allow for rapid testing and delivery," said the company.

As Dr. Dobb's readers will know, load testing is the process under which we subject a computing device, a peripheral, a connecting technology or transport device, a network or an application itself to a workload throughput considered to be at the limit of its specifications to scrutinize its ability to execute under normal and peak load conditions. Load testing normally continues up until to the point where error condition reports are expected and we further categorize this sister process as stress testing.

In light of this stormy development environment, HP says it realizes that development shops have adapted with new models for application development, transitioning from structured and phased waterfall approaches to Agile and nimble development. But has the performance testing software of old moved with this transition? Obviously not if we believe HP.

"As enterprises continue to migrate applications and solutions to the cloud, they need to ensure that the performance of their applications will not degrade as the volume of users increases," said Raffi Margaliot, general manager, Application Delivery Management, HP Software. "HP StormRunner Load is designed specifically to help Agile teams deliver scalable, high-performing cloud-based modern apps while also helping them capitalize on their existing investments in HP."

HP StormRunner Load applies testing techniques into development that mean teams can reuse test scripts between solutions and use HP StormRunner Load to dynamically scale. They can test earlier and more accurately without slowing dev and test sprints or adding extra overhead — and this is due to it being a scalable cloud solution. 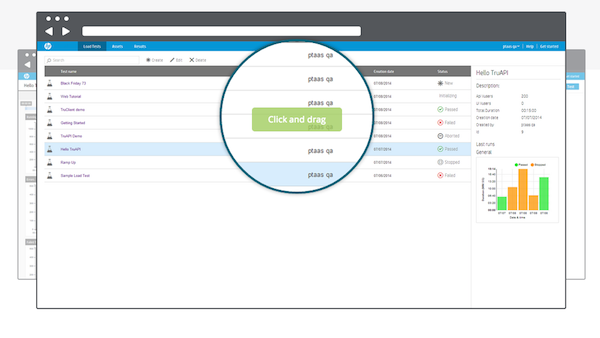