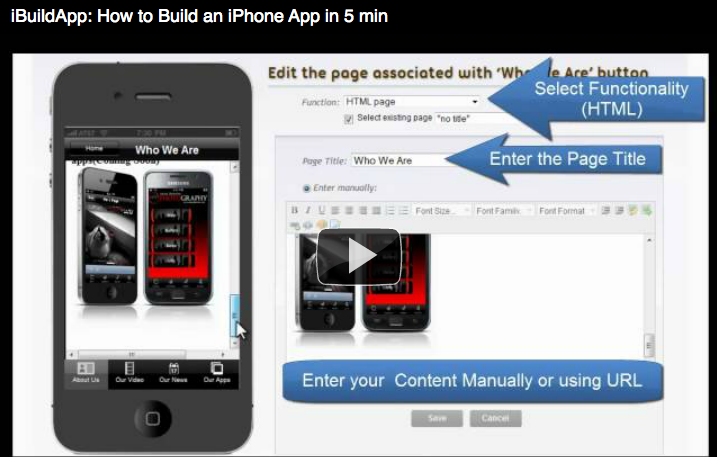 Offered as an API web service, the API is intended to allow developers to create and update application content such as photos, news, or events. The project aims to facilitate the development of mobile cloud apps that can access services on the iBuildApp cloud platform.

"If you're already using a content management system to update your website or database, now you can push your content directly to your mobile app," says iBuildApp's CEO Rafael Soultanov.

Developers can also evaluate the API Web Service for App building Services by managing their apps stored on the iBuildApp cloud.

The API is currently in beta and the company "looks forward to seeing how iBuildApp will innovate around its API in the future, and what kind of interesting apps developers will come up with," says Soultanov.