Run any Java or PHP app with no code changes required

Jelastic's core platform has undergone an upgrade to include new GIT & SVN auto-deploy functions so that developers can set immediate (or periodical) automatic deployment of their projects based on the changes they have committed via the GIT/SVN repository.

Described as a zero-code-change cloud-hosting platform for Java and PHP applications, Jelastic's core message to programmers is that there is no need to learn custom systems or recode applications in order to deploy upon it.

To be direct, the firm states, "Jelastic is the only PaaS that can run any Java or PHP app with no limitations or code changes required, and is the only PaaS available through multiple hosting providers, worldwide."

The version 1.9.2 release also embraces 5.5 (in addition, of course, to versions 5.3 and 5.4), and users can change the version of the stack that they are using via a simple selection from the drop-down list.

Jelastic now also provides better scheduling for MongoDB database backups; i.e., users can schedule MySQL and MariaDB backups, plus MongoDB ones. There is also the ability to change GC, -Xmx, -Xms, and this update gives a user the ability to configure memory settings and set custom parameters for their Java container. The ability to deploy PHP projects from GIT repository with submodules/dependencies added means users can select the project they need and get everything else retrieved and deployed automatically.

Jelastic COO Dmitry Sotnikov explains that this release also includes the ability to assign an internal IP to VDS components. "Jelastic VDS is a full-root-access virtual private server that customers can use for any extra components that their applications might need such as backend-servers, console applications, email servers, backup servers. Now users have the ability to assign such servers not only publicly but also with private IP addresses."

A nice new search box also features here so that users can use this function right from the dashboard to get the answers to the questions they are most interested in. A firewall for end users' containers helps to prevent unauthorized SSH access and to defend hosting provider's data against various brute force or DDoS attacks, rootkits, and botnets. 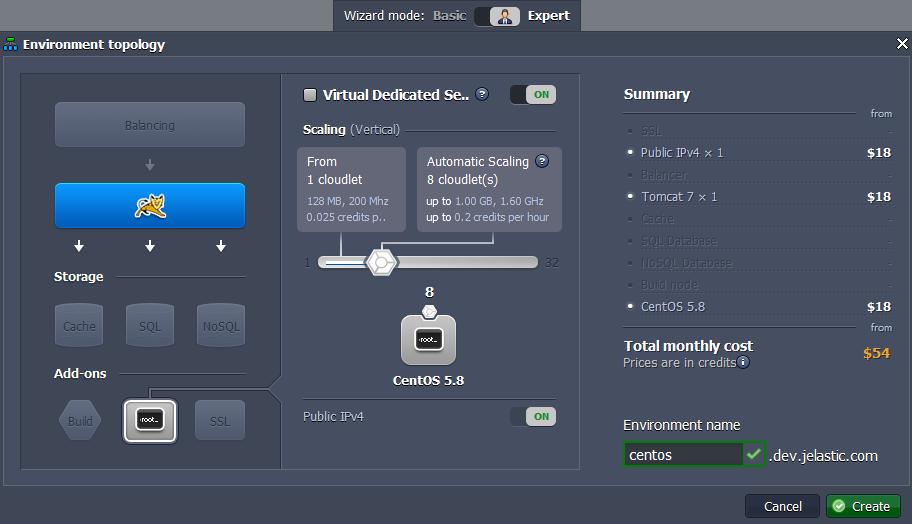