Microsoft has released Visual Studio 2012 Update 2 this week and the product is now also available for download. This update is intended to improve Agile planning practices for software application development teams that want to keep their Visual Studio developers efforts in line with Microsoft's current cloud-hosted capabilities.

With this release now emerging, Microsoft reminds us of its commitment to shorter release timelines (this lessens the learning curve and developer "upgrade shock" factor of course) as it comes just four months since Visual Studio 2012 Update 1.

Microsoft's developer division corporate VP S. Somasegar reminds us that Visual Studio 2012 introduced a wide range of capabilities focused on enabling Agile teams, not only for development but also for planning.

"With VS2012.2, Team Foundation Server (TFS) has been augmented with an additional variety of features to help make it even easier for Agile teams to do their planning, in particular around adapting to a team's preferences and work styles," he said.

Somasegar continues, "For example, VS2012.1 introduced new project tracking options, including a Kanban board and a cumulative flow diagram; VS2012.2 augments those experiences with the ability to customize the Kanban board to adapt it for an organization's needs."

Microsoft stresses the quality enablement factor here. You know when the firm labels Quality Enablement in CAPS, the marketing function want us to try and leave that in. What it means is that Visual Studio 2012 is now more closely engineered to enabling quality to be maintained and improved throughout development cycles.

"This focus can be seen not only in the RTM release, but also in VS2012.1, with the added support for code coverage with manual ASP.NET testing, with support in Test Explorer for custom 'traits', with support for cross-browser testing, and with improvements to Microsoft Test Manager," said Somasegar.

Profile Unit Testing also exists at this level to provide instruments for both unit testing code and customer code, which present the results in a single profile report.

Microsoft's next "improvement category" here (yes CAPS letters again) is what has been labeled line of business development (presumably LoBD). So this incorporates the option to use Microsoft LightSwitch to build cross-browser and mobile web clients with HTML and JavaScript. There is also support to target SharePoint 2013 and Office 365 — and it includes support in Blend for SketchFlow, WPF 4.5, and Silverlight 5.

NOTE: Microsoft LightSwitch is described as a simplified self-service development tool that enables you to build business applications quickly and easily for the desktop and cloud.

Finally, we come to where this product has been ramped up for better developer experiences. Microsoft suggests that Visual Studio has to be as "streamlined" as possible given the amount of time developers spend inside the IDE.

With this in mind Somasegar points out that Code Map has been updated with improved responsiveness as well as with debugger integration, providing a visual perspective on the relationships and dependencies in code being debugged.

"Symbol loading has been improved across both the profiling and IntelliTrace experiences. The Workflow designer now has an improved debugging experience. The XAML design surface in both Blend and the Visual Studio editor includes multiple performance and reliability improvements, in particular when loading large projects and when using third-party controls," concludes Somasegar. 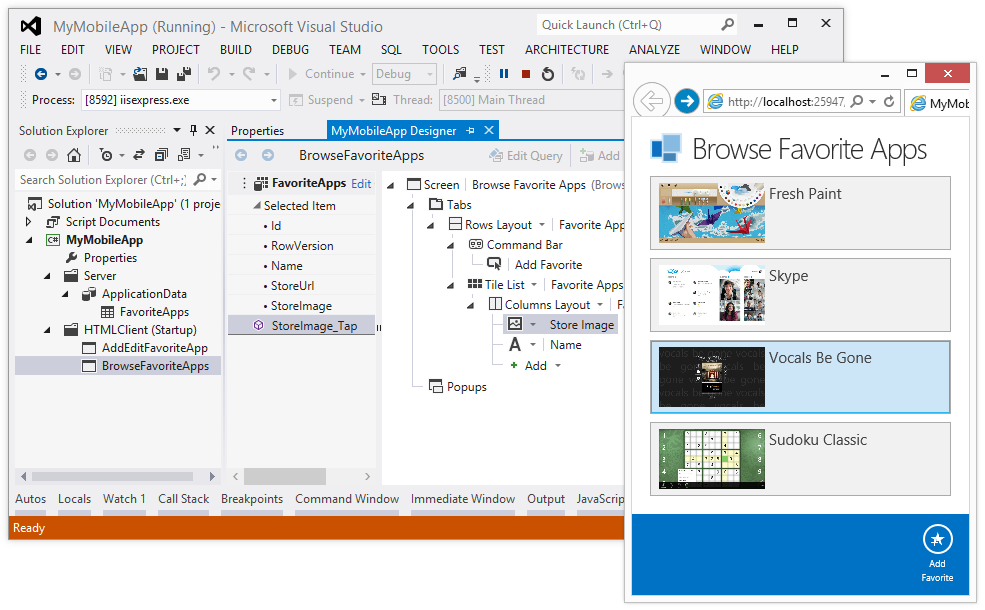