Enterprise Chef arrives from Opscode this week with a promise to automate the provisioning and management of compute, networking, and storage resources in data environments. Targeted at both cloud-based and terrestrial data volumes, this software is positioned as means to automate configuration management, cloud management, and continuous delivery of applications and, crucially, their dependent infrastructure.

NOTE: Enterprise Chef was previously offered as two separate products; i.e., Private Chef and Hosted Chef. These have now been realigned under a single brand, available as on-premise software or as a hosted service.

"Enterprise organizations are in the midst of a major business transformation, driven by the radically new way in which customers are purchasing and consuming goods and services today. As a result, technology is serving as the key touch point to users and the role of IT has shifted from the back office to the front office," said Adam Jacob, cofounder and chief customer officer, Opscode.

"By enabling IT teams to manage compute and networking resources from a single automation platform, Enterprise Chef speeds up bandwidth provisioning to accelerate IT operations and improves system availability," he said. 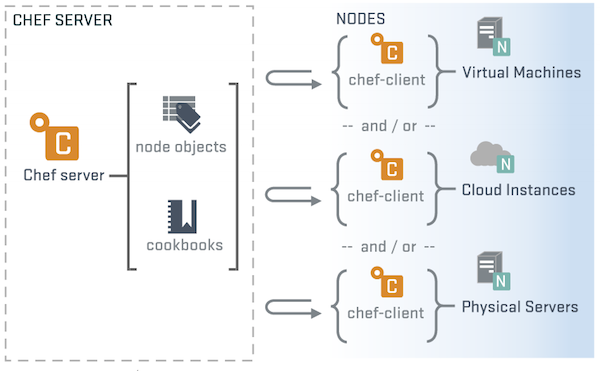