Rapid development of native apps on Android, iOS, and other platforms

Through the Enginio Qt API, developers can write native or hybrid applications for all your target platforms — the API can be used either through Qt/C++ or through a QML API. As with all Qt libraries, it is exactly the same code for all the target platforms.

Qt Mobile Edition will be available later this year following the release of the next major update to the framework, Qt 5.2, in December. Digia reminds us that Qt is the only software development framework that enables native application development across desktop, embedded, and mobile platforms supporting deployment on at least 14 leading operating systems across many processor architectures.

Tommi Laitinen, SVP of international products, Digia Qt, commented, "Qt's ability to deliver impressive graphics is enhanced by the use of OpenGL ES, the version of the graphics application programming interface designed specifically for mobile devices and embedded systems. This makes it easier to develop and deploy rich graphics with velvet-like animations and transitions as well as smoothly rendered 2D and 3D animations on devices with relatively limited performance, such as mobile phones and tablets. In addition to the versatile Qt APIs, applications built with Qt can also use platform and device-specific APIs, giving the developer the freedom to integrate any functionality their application requires." 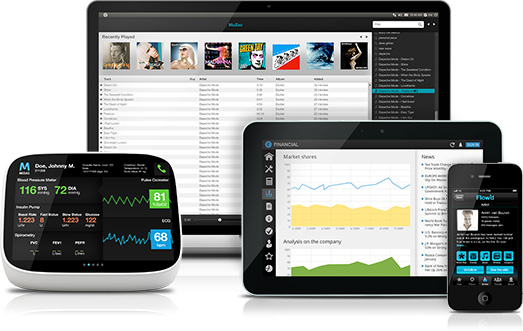