Sauce Labs has expanded its Appium on Sauce mobile application test cloud, making it generally available and adding support for the Android OS.

"Appium on Sauce solves a big problem at a critical time. Companies are relying more and more on their mobile channels where they have just seconds to prove their worth with a positive user experience and a lot of mobile apps aren't thoroughly tested, if they're tested at all," says Adam Christian, vice president of development at Sauce Labs. "Automated testing in a virtual environment represents the future, and we're providing it for the mobile ecosystem."

Sauce Labs offers a cloud of mobile platforms and desktop browsers for automated and manual testing of web and mobile apps. The company's software-as-a-service (SaaS) application is used to run approximately five million tests each month. 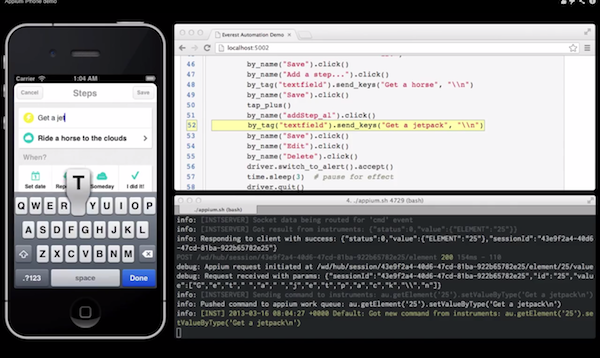