Mobile app testing based upon the Appium open source project

Web app testing company Sauce Labs announced the new cloud-based Appium on Sauce service based on the open source Appium project for automating the testing of applications for iOS devices.

NOTE: Appium is an open source test automation tool for native and hybrid mobile apps based on the Node.js platform. It supports iOS today and Android support is said to be in the works. Appium drives Apple's UIAutomation library using Selenium's WebDriver JSON wire protocol. 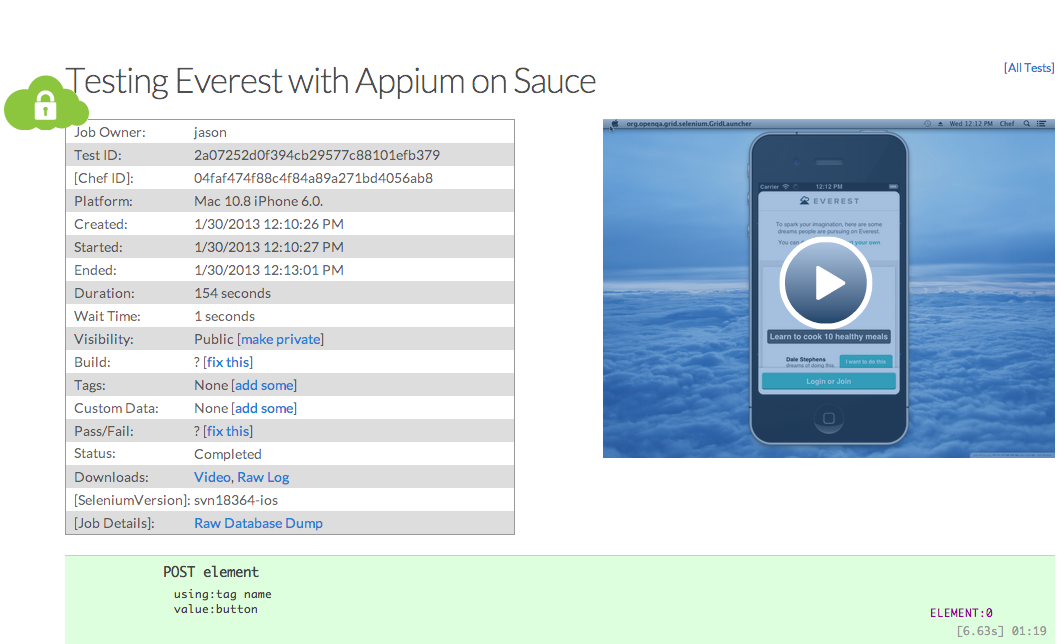 Appium on Sauce will test native iOS apps and mobile web hybrid apps. Sauce Labs says it has contributed to the Appium project as part of the development of this service. The firm "believes Appium is taking the right approach" because of the software's compatibility with multiple programming languages and testing frameworks, support for testing strategies that require direct access to backend resources, and its ability to automate unmodified, release-ready apps.

Sauce Labs offers a cloud of browsers and platforms for automated and manual testing of web and mobile apps. The Sauce testing cloud is already used to run approximately two million tests each month.

"Testing these apps has been a slow and difficult process, often done manually by teams using physical devices. Automated testing enabled by Appium represents the future, and Appium written in Node.js represents the best course toward ensuring the code continues to evolve as needs change," he added.

Sauce Labs reminds us that its core test cloud for testing web applications is based on open source Selenium. In addition, the firm insists that it is "excited" that Appium, originally written in Python, is moving forward in Node.js because of the vibrant community base, the potential for attracting new contributors from among the many developers who know JavaScript, and the special relevance of JavaScript as the existing primary language for iOS automation.