Additional new features include Mantis bug-tracker support. In addition to Jira and the previously supported RedMine and YouTrack, the firm has added full Mantis support. This means that the mobile manager can now export all the issues found and reported by the testers to one of these bug-tracking systems.

The team has also included PhoneGap framework support. Support for this framework is available and now at closed beta with a few VIP customers.

Offline capabilities have also been improved. Until recently, testers could get the new builds and report the issues only while connected and online.

"Some key customers requested we allow testers to also work offline and submit bugs while there is no Internet connection. This complicated task was achieved and released a couple of weeks ago," said Ran Rachlin, cofounder and CEO of Ubertesters.

Looking at the "Shake" feature, the Ubertesters' slider sits on top of the tested app. Once the tester finds a bug, they click on the slider. Some customers claim that it hides some of the originals app icons. So, the company has added the capability to "shake" the device, which gets you to the "bug-submission" screen. Once you chose the "shake" option as part of the API, you will not see the slide-buttons any more. 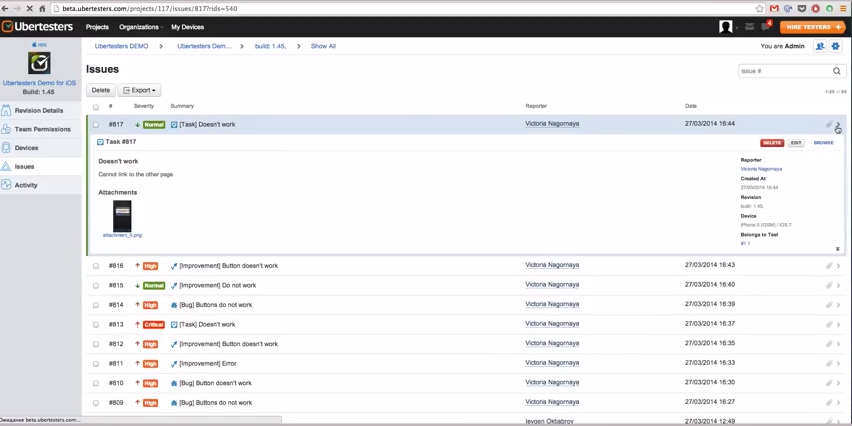