The software programming team behind Boost has confirmed that the project will now move to the Git open source code management repository from its previous Subversion home.

The Boost Steering Committee has given its blessing for this move, which has been codesigned to facilitate the modularization of Boost library repositories.

Described by its own programming team as "historically monolithic", the intention and aim now is to create a more light-footed development model and a more active library ecosystem.

In practical usage terms, a more active library ecosystem here means that a broader level of modularization will exist; and this in turn will mean that developers should be able to create their own forks, hacks, and submit pull requests in the manner that one would expect from a fully fledged distributed version-control system.

The Boost Steering Committee has given the final approval for the conversion from Subversion to Git, including the modularization of Boost library repositories.

Popular Linux and UNIX distributions such as Fedora, Debian, and NetBSD include pre-built Boost packages.

The Subversion repository was closed for all changes to all branches, including the sandbox at the end of November. The team has set aside a week for final validity checks, testing, and (for the more technically minded) there will also be "general scurrying around" to be done.

"When that is done, the boostorg repo on GitHub will open for business. If everything goes smoothly, it may take less than a week but if there are glitches it may take longer," wrote founder of boost.org Beman Dawes recently. 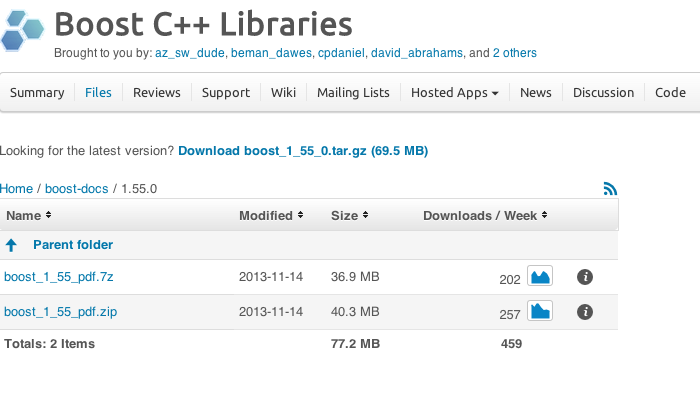