NOTE: Plans for iOS and Android ARM mobile device support have also been announced for 2013. 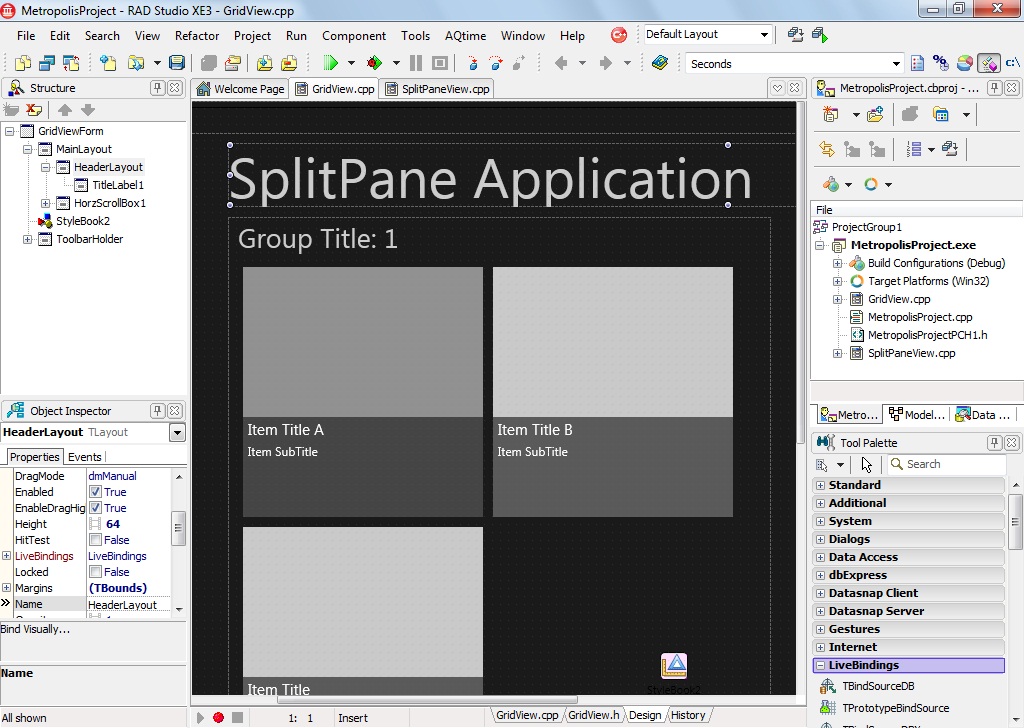 Developers stand to benefit from the ability to natively target multiple devices with a single effort. With C++Builder's multi-device architecture, development teams can now natively deliver applications on more devices, operating systems, and form factors by leveraging a common codebase.

Programmers also stand to benefit from speedier development with Agile C++; i.e., developers can use Embarcadero standard C++ extensions to speed and streamline C++ development (up to 5x faster than traditional development) with Agile techniques such as rapid prototyping, PME (properties/methods/events) component-based programming, and visual development.