JetBrains has released news of its new cross-platform C/C++ IDE named CLion (pronounced "sea lion"), with its central proposition to enhancing productivity for every C and C++ developer on Linux, OS X, and Windows. It is available now as an Early Access Program build.

CLion provides intelligent support for the C/C++ programming languages and is "seamlessly integrated" with the well-known CMake build system. As readers will know, CMake is a family of tools designed to build, test, and package as it controls the software compilation process using simple platform and compiler independent configuration files.

In terms of operation, CLion asks developers to use its smart editor and generate and refactor code, analyze with built-in inspections, and debug also.

According to the JetBrains product blog, "Knowing your code through and through, CLion takes care of the routine while you focus on the important things. The intelligent features of CLion are expressly designed to boost your productivity and improve the quality of your code. The smart editor saves your time with code completion and highlighting (including smart completion that filters the list of types, methods, and variables to match the expected type of an expression)."

Cross-platform from the start, this IDE can be used on OS X, Linux, or Windows (with the MinGW and Cygwin toolsets) and there is quick start guide for each platform.

JetBrains also says that writing code can be a lot easier and quicker when the programmer uses the code generation options available in CLion, which include: Generate constructor/destructor; Generate getters/setters; Override/implement; Live templates; and Surround with if-else, while, #ifdef, etc.

The company is forward looking with this product and says that it plans to publish v1.0 in a couple of months. While continuing with the current features (and especially with CMake support), JetBrains hope to add LLDB and/or Google Test. 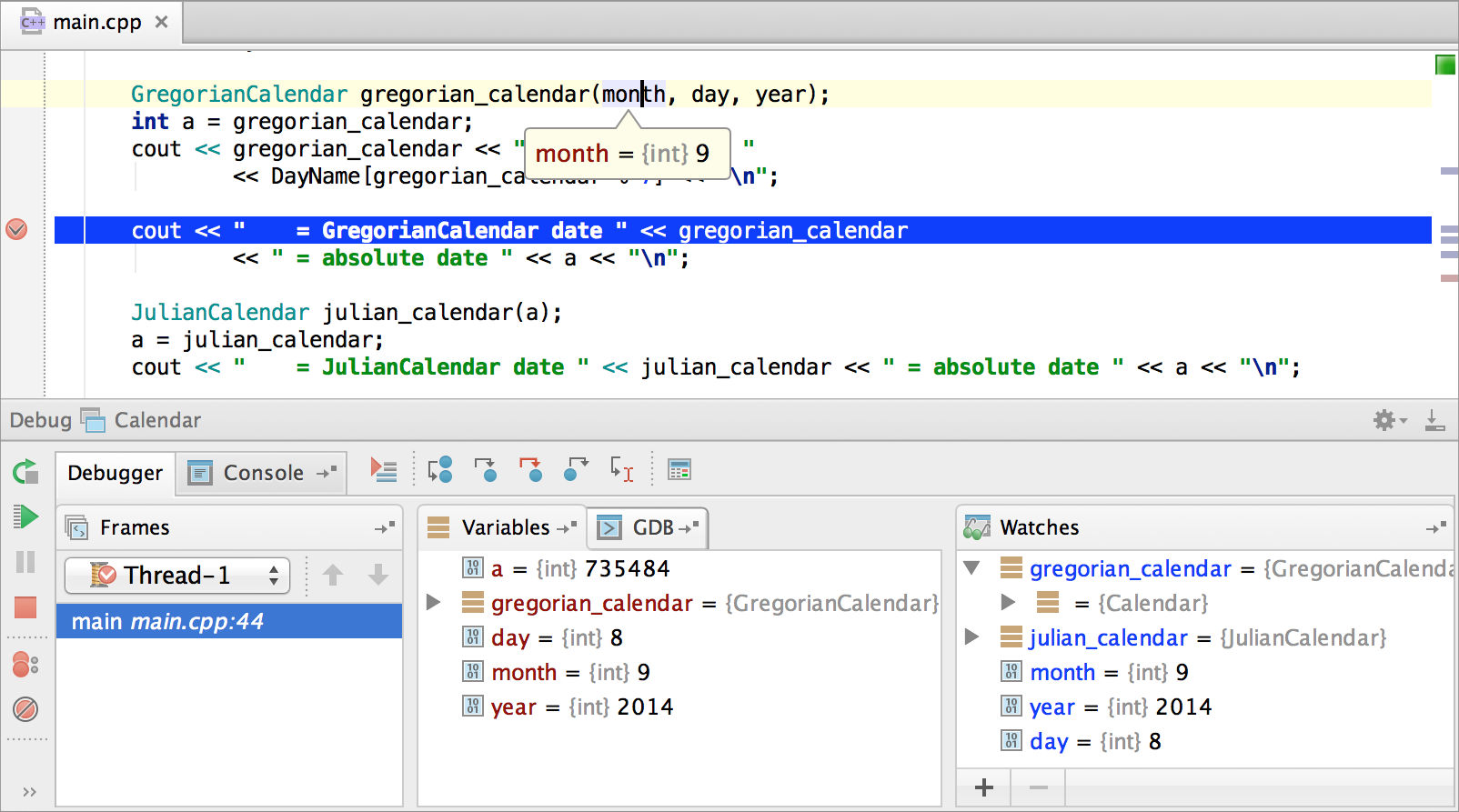