Tranxition Corporation has released its User Persona API (UP), a piece of technology which claims to able to capture, store, and restore the "personas" of personal computers. So what on Earth does that mean?

The marketing spin machine behind the arguably quite-difficult-to-pronounce Tranxition says that a persona is what makes a computing device "yours". That is to say, in the case of Windows, there are about 10,000 settings that can be readily customized.

"Those settings include files such as wallpapers and shortcuts, dictionaries, and such. It's a big deal to uncover all those settings and make them transport to another device. In fact, just extracting Outlook 2003 takes 20,000 lines of code. Microsoft Word required reverse engineering it. We hold a patent on this process and it includes an object called 'the personality object' which encapsulates this persona," said the company.

For developers, Tranxition says its User Settings API is ideal for incorporating migration into enterprise network management solutions, enabling users' personalization and critical documents to be migrated between workstations, or between operating systems as part of an OS upgrade or refresh.

The migration engine can be extended to support additional content, using custom File and Registry Rules. As a flat C DLL API, or via COM, the User Settings API is accessible from most programming languages. Detailed migration status can be surfaced in your own client or administrative user interface. Demo applications are provided in C (Console) and C# (Console and WPF).

Kelly Mackin, founder and chief operating officer, declares Tranxition has now opened up computer persona for a wider range of use cases beyond migration, including ITAM, ITSM, and backup.

"Enterprise software vendors can now deploy services that support disaster recovery, backup, and restore as well as computer migration between and within systems. Until now, people could only retrieve their files. Now they can retrieve their personas as well. For ITAM and ITSM vendors, personas can now be managed as an asset associated with policy," said Mackin.

"The presence of UP means that we are now able to initiate, control, and manage persona operations in real time across a large number of systems," said Sean Taylor, CTO, Tranxition. "UP includes support for C, C++, Java, C#, and other programming languages." 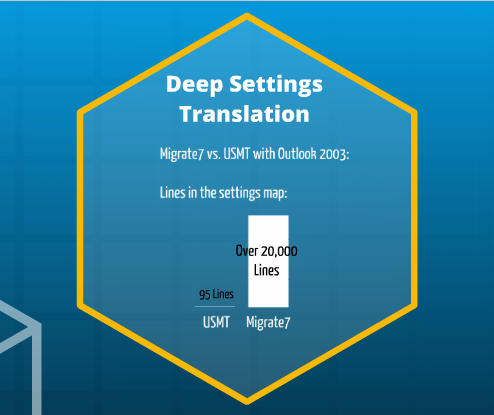