Provider of Environments-as-a-Service (EaaS, presumably) company Skytap has teamed its technology with IBM UrbanCode Deploy, a system to orchestrate and automate the deployment of applications, middleware configurations, and database changes.

The firms' joint messages here point to an offering for dev/test teams to automate the deployment pipeline for complex applications and increasing demands for continuous delivery. Skytap and IBM say they are aiming to help overcome "the biggest challenge" in the adoption of continuous delivery — deploying applications to consistent and predictable environments.

IBM says its software enables your team to deploy as often as needed — on demand or on a schedule, and with self-service. It comes with an Artifact repository to store deployment artifacts more securely to enable traceability, pllus middleware configuration management to detect IBM WebSphere Application Server configurations.

"The adoption of continuous integration and deployment is a high priority for enterprises, however it is easier said than done," said Brian White, vice president of products at Skytap. "Automation of the delivery pipeline along with Agile practices increases the flow of features into the pipeline, but the pipeline itself is constrained by a small number of static and typically contaminated test environments."

If this technology is deployed to its full potential, the firms claim that software application development pros can now automate their deployment pipeline, including unit, functional, and performance testing, and provision even the most complex enterprise applications in hours versus days. 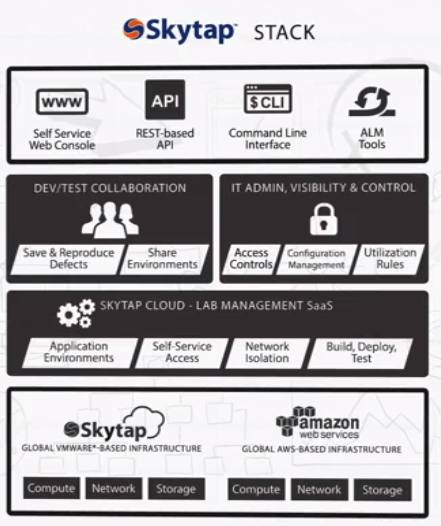