SoftLayer plus openness plus "mobile-first" and "cloud-first"

IBM has used its Innovate 2014 developer convention (the one that used to be called Rational) to take a professionally dealt swipe at Microsoft's position in the cloud development and DevOps marketplace. The firm's new BlueMix Platform as a Service (PaaS) is quite directly targeted at Microsoft's own Azure PaaS.

Up IBM's sleeve is its breadth of installed base of users, its SoftLayer unit, the firm's apparent adherence to openness, plus its insistence on "mobile-first" and "cloud-first" development principals — slightly colored with PR-driven spin as those terms may be.

In terms of form and function, IBM BlueMix is a collection software application development tools, languages, and application services. BlueMix also features what have been called "boilerplates" (basic application formats designed and geared to fulfill different purposes) that sit over an IBM-specific version of Cloud Foundry running on the firm's own SoftLayer infrastructure.

SoftLayer, now an IBM Company, is an Infrastructure-as-a-Service platform with modular architecture and a full-featured API plus automation controls. In related good news for IBM, the company was also able to announce that Softlayer has been verified for deployments of SAP applications.

Cloud Foundry is an open source Platform-as-a-Service originated by the VMware spin-off company Pivotal but now run and governed independently as a foundation in its own right. Cloud Foundry provides developers with access to IBM's software for integration, security, transactions, and other key functions.

The idea is that by using the technologies discussed here in combination with an IBM BlueMix mobile boilerplate (to stay with the term), a programmer could potentially build what might look like the bare bones of a mobile application in no more than a few minutes.

"Since Bluemix was launched just three months ago, we've seen a rapid ramp-up of third-party and IBM services available to developers who want to use DevOps in the cloud to create composable, enterprise-class apps" said Steve Robinson, GM of IBM's Cloud Platform Services.

IBM is also announcing new DevOps solutions typically used behind organizations' firewalls, which will cater to various cloud models. By connecting data from systems of record to new applications and agile processes, the firm says that users can increase visibility across the delivery and feedback cycle, balancing cost, security, and quality concerns with rapid deployment speed.

These include Continuous Testing, Release, and Deployment solutions, which include applying advanced analytics to gauge mobile app user sentiment and quality; capabilities to accelerate multi-platform application testing for IMS, CICS, and SAP applications; as well as the ability to deploy apps on multiple platforms (i.e. native z/OS, iOS, Android) simultaneously.

"Organizations today are finding they need to quickly build and shift to mobile, social, and cloud-based apps to differentiate customer experience. However, the best apps often need to reach into the volumes of data held behind the firewalls of organizations' infrastructures," said Kristof Kloeckner, general manager of IBM Rational Software. "IBM's DevOps approach helps teams connect that information to build better systems of interaction with both speed and high quality." 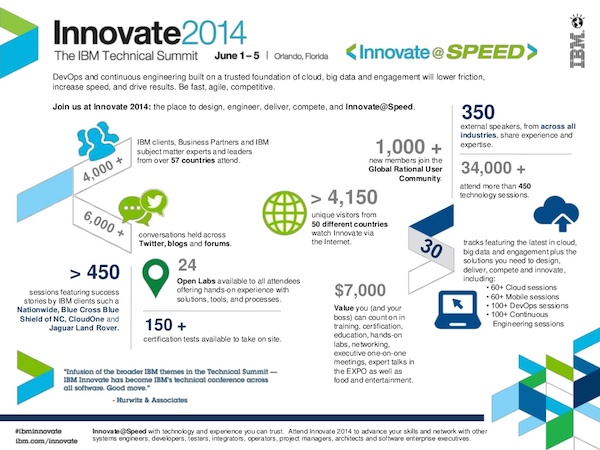