Workload automation and job scheduling software is coming into increasing focus for both the developer and operations side of DevOps, according to Advanced Systems Concepts.

A specialist in this area of technology, the firm recently highlighted Gartner commentary suggesting that as much as 70% of the business processes within organizations are near real-time or batch. The organic result of this has been that workload automation tools have evolved to support this environment in the new IT application and platform landscape that developers will work within now.

As IT departments operate in increasingly distributed environments that include multiple application types, Advanced Systems Concepts points to its ActiveBatch product and says that there is a need to integrate and automate processes across various application and platform types.

DevOps, incorporating Agile development methodologies, connects groups (such as development, IT Operations, and QA) to operate more collaboratively to achieve a quicker and more efficient release of software to operations. One of the keys in 2013 could well be application release automation — and this, if we believe Advanced Systems Concepts, is where solutions like ActiveBatch will benefit developers. 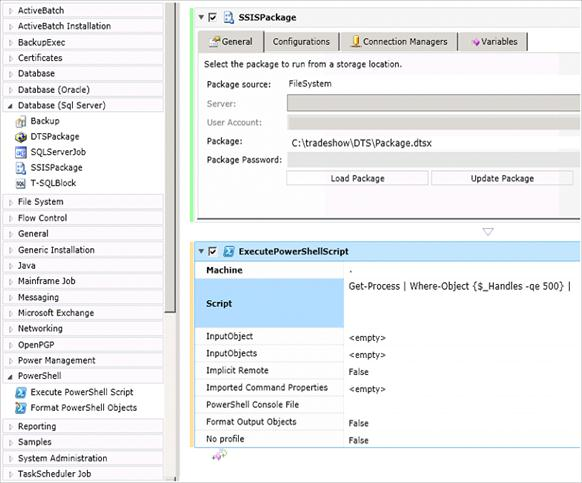 The firm contends that workload automation solutions like ActiveBatch will play an increasingly important role, enabling developers to become more productive with tools like the Integrated Jobs Library to help developers avoid the need for scripting (with integration to tools such as Team Foundation Server, which recently became available in the latest version of ActiveBatch, version 9); making it easier to create complex workflows that automate release processes; using the date/time scheduling and event automation to address the automation and release management requirements of DevOps; and the ability to automate the provisioning of virtual/cloud machines on the fly.

"As IT organizations are moving increasingly towards distributed environments, developers are being forced to continually script the custom integrations, interdependencies, and automation of processes that span various applications, databases, and technology platforms," said Ben Rosenberg, founder and CEO of Advanced Systems Concepts.

Rosenberg says that scripting can be time-consuming and prone to manual error; and when the script breaks it often results in an error or outage that directly affects the business.

"Workload automation is the vehicle by which developers are able to provide a central point of control and monitoring of the execution of their scripts, in addition to eliminating scripting by leveraging the drag-and-drop functionality associated with building workflows using a tool like ActiveBatch. In a day of fixed IT budgets, workload automation is allowing IT organizations to become more productive and do more with less," he added.