Splunk has announced the general availability of the Splunk plug-in for Eclipse and an update to the Splunk SDK for Python. The software platform for real-time operational intelligence is targeting the 10 million active Eclipse developers with the message that Splunk plug-in for Eclipse will allow programmers to both use and extend Splunk. The plug-in contains a new project template for building a new Splunk SDK for Java applications.

This project template will allow Eclipse developers to build applications that harness Splunk data (and focus on data automation), log application data directly to Splunk from frameworks such as Apache Log4J, and create modular inputs that extend Splunk and allow it to talk to other internal systems or public APIs, like Google, Facebook, and Twitter.

The update for Splunk SDK for Python extends Splunk's search language and is intended to make it easier for Python developers to create their own custom search commands. These custom searches can be used by Python developers to use complex algorithms to retrieve data from public APIs, retrieve data from internal systems, and apply custom business logic on top of Splunk data. 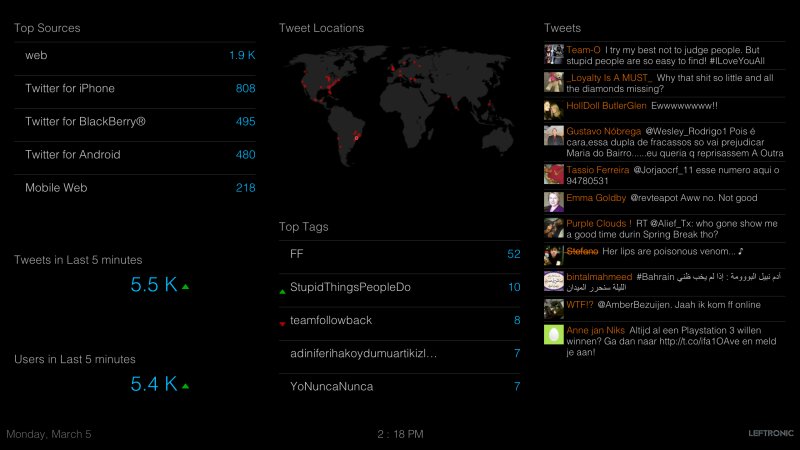 In addition to creating Python applications, developers can integrate Splunk data with other reporting tools — this example of an application uses a Leftronic Dashboard to show real-time Twitter data that was indexed using the Twitted example in this SDK.

Quoted on Silicon Angle in December last year, Jon Rooney, director of developer marketing at Splunk says, "From a Splunk standpoint, we look at developers as being huge enablers of sort of driving the value that Splunk delivers, in terms of providing operational intelligence from the data across the enterprise and in different ways."

Developers who want to know more should check out the The Splunk Developer Platform with RedMonk's Donnie Berkholz.