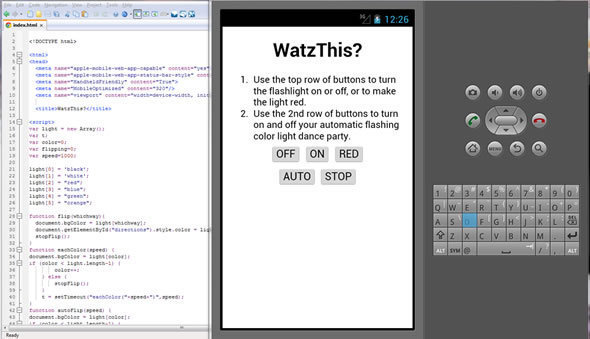 Ever since the release of the iOS SDK, smartphone software development and distribution has seemingly been stuck in a model of obscure languages, incompatible operating systems, and centralized control. Here to challenge the status quo by opening up app development to the masses of Web and JavaScript developers is Adobe PhoneGap.

Developers who wish to have full control over the conversion process can download and use the Cordova framework with each supported OS SDK and development environment. Alternatively, they can upload their project to the new PhoneGap Build service and have it converted to multiple native apps automatically.

As native apps, PhoneGap apps can taken take advantage (through JavaScript) of smartphone features such as the camera, file uploads, compass, contacts, and notifications that aren't yet available from mobile Web browsers. PhoneGap implements APIs for native phone features using the latest available proposed W3C standards for Web browsers wherever possible. The big idea of PhoneGap is that someday these standards will be widely supported by every mobile browser and the code you write for PhoneGap will continue to work without PhoneGap — a hope expressed nicely by creators of PhoneGap, who have said that "the ultimate purpose of PhoneGap is to cease to exist." Because of the quality of implementation, the thoughtful design, support for so many most platforms, and an automated cloud-based build service, the Jolt Award goes to Adobe PhoneGap.