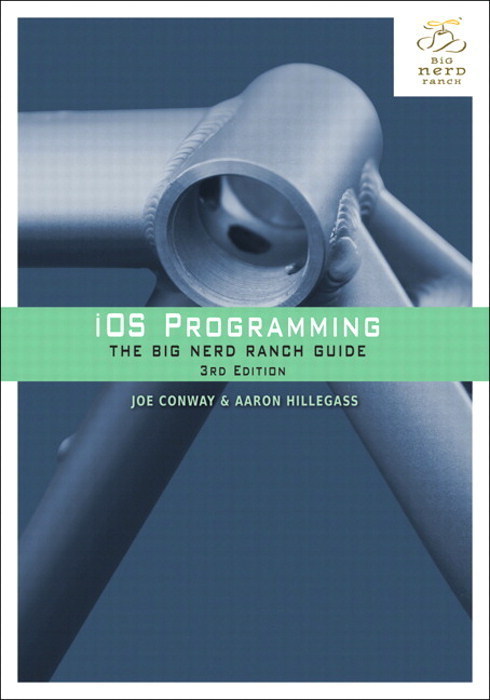 It's hard to keep up with the latest mobile development for Android, with its plethora of devices, operating system variants, and extensions. Fortunately that's not the case with iOS. Apple's iron grip on the language, the operating system, the APIs, the devices, and the tools allows programmers to draw a line in the sand, secure that the line won't move for about a year.

The same is true with authors, who can stick to a schedule for releasing annual updates of their iOS books. Trainers like Joe Conway and Aaron Hillegass are helped by Apple's "iOS Dev Center" program, which releases betas and documentation far ahead of each iteration's release. While hardware is kept closely under wraps, nearly anyone can pay $99/year for pre-release versions of both iOS and Xcode, Apple's no-cost IDE.

The Big Nerd Ranch is a training and app-dev company. Spending eighteen bucks for the Kindle version of their iOS book gives you the training course Apple should have provide to its developers. The 590-page (in print) tome is thorough, and written in a breezy style that feels like you're in the classroom. It's more of a tutorial than a reference. To get the value, you can't just sit and read the book, you must program through the examples and grok the lessons. A generous set of downloadable resources helps. New for this version — focused on iOS 5 and Xcode 4.3 — are buffed-up sections on iCloud and regular expressions. Otherwise, this is a straightforward iteration of a solid book.

Bear in mind that the Big Nerd Ranch book was published in March 2012 — and rumor is that iOS 6 (and Xcode 4.5) will be released late this year, which will surely spur another revision to this volume. In the meantime, if you are looking to learn iOS programming and develop real apps, this is the book to get. Not that much will change with iOS 6 that you will lose time jumping into this edition.