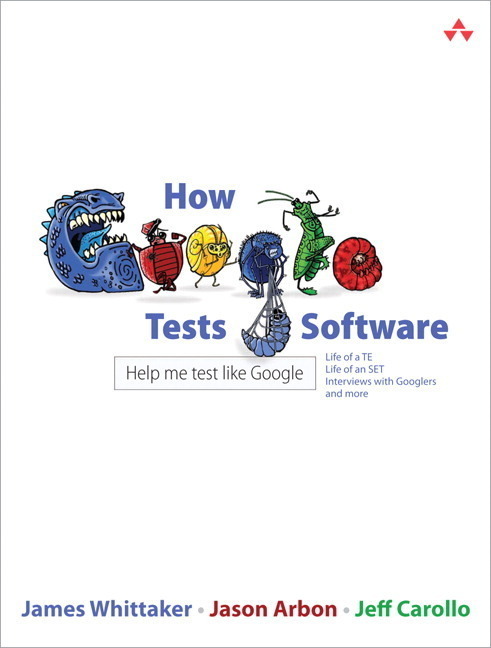 This book contains a detailed description of the hierarchy of testing personnel at Google, and the responsibilities of the testers and test managers at the different levels. As such, it focuses little on the tools although they are at times discussed in more than superficial detail, their use is rarely the point, but mostly on the interactions between the testers, their managers, the developers, and, of course, with the system under test.

The book touches on various themes, without picking one to follow exclusively: a presentation and explanation of how Google tests various products, as the title would imply, and a friendly set of interviews with staff about testing.

The material on how Google runs its tests is illuminating. The overall perception you get is that testing at Google is not significantly different from at other large companies. The notable exception is that Google is more likely to write its own testing tools. Only in a few areas does the company depend on commercial, third-party products. Its internal processes reveal not so much a "view" of how testing should be done or even a great commitment to rigor, but an evolution of various techniques that have worked in the past and been adopted then adapted for current projects. Occasionally, these practices are insightful. For example, Google classifies all tests as small, medium, large, or enormous. The criterion that defines the categories is the duration of the test: There are expected averages and maxima in place. In many ways, I like this approach. It does away with the concepts of unit tests, integration tests, system tests, and UATs, and instead classifies tests in ways that make it possible to determine easily which regression run can be executed at any given moment.

If you want to meander down Google's testing halls and absorb bits of knowledge and advice from the denizens there, this book is for you.