The product was previously only available for Mac. Its makers say that SourceTree automates complex command-line operations and enables users to visualize change sets across multiple branches and forks.

The product provides an interface with distributed Git source repositories through a desktop client and with Bitbucket, a cloud-based hosting service for software development projects using DVCS, and Stash, an on-premise DVCS solution for enterprise teams managing their code on-site.

Principal analyst with RedMonk Stephen O'Grady points to the explosive growth of Git amongst developer populations and says that enterprises are in search of tools to smooth its learning curve. "With millions of businesses using Windows worldwide, SourceTree's new Windows version will not lack for an addressable market," he said.

Justen Stepka, product manager for SourceTree and Bitbucket, says that with SourceTree, newbies and more advanced DVCS veterans can: commit, push, pull, and merge changes easily with a click of a button; organize repositories with a bookmarks window; plus visualize work changes over time with SourceTree's log view.

The tool can also be used to detect and resolve conflicts as well as search commit histories for changes and review file logs. SourceTree can stage and stash code changes until they are ready to push, and can customize actions to support individual commands. 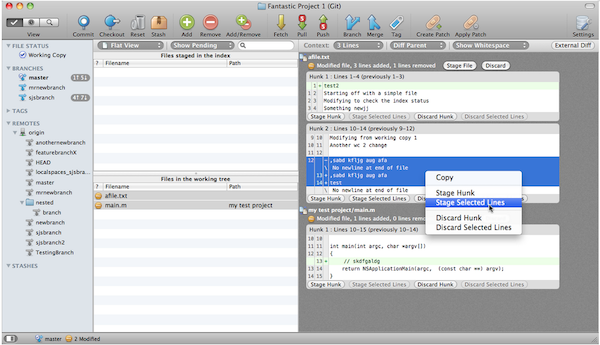