Azul Systems Zing runtime for Java release 5.10 arrives this month. The software promises to give Java developers a new set of compiler APIs that extend the functionality and scope of Azul's ReadyNow! technology.

Key new ReadyNow! features in Zing 5.10 include "compilation policy controls" during live operation to improve the behavior of high-performance applications that must execute quickly without later encountering stalls and slowdown at critical times.

This release of Zing also extends production support for new "server-grade" Amazon AWS instances and is certified for use in big data applications running Cloudera Enterprise 5.

Also here you will find Compiler APIs and Compiler configuration directives, which allow Java developers to specify the desired level of compilation and optimization policies applied at the individual class or method level. This, says the company, maintains high levels of optimization while avoiding future stall-inducing code deoptimization.

"Beyond our new cloud and Big Data-centric capabilities, Zing 5.10 is the most developer-empowering Zing release we've ever built," said Scott Sellers, Azul Systems president and CEO. "Our goal with this new Zing release is to give leading-edge Java DevOps teams the tools they need to monitor, control, and tune the behavior of latency and throughput-sensitive Java applications."

"Like most developers building applications at scale, Java developers are always looking for better control over their runtime environment," said Stephen O'Grady, principal analyst at RedMonk. "Azul's focus on exposing latent JVM features and capabilities, therefore, is likely to be well-received by those building Java applications for the enterprise." 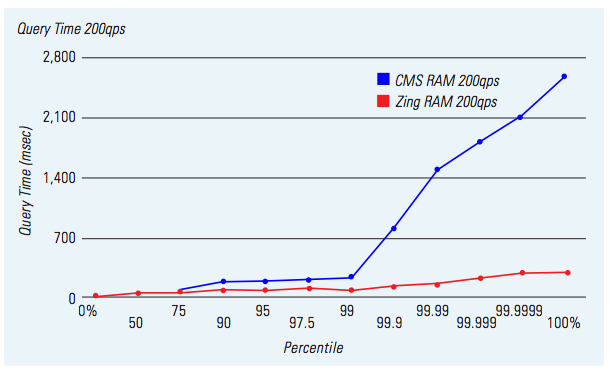