Couchbase VP Ravi Mayuram says that the 2.0 releases represent more than a year of work from the firm's engineers and the open source communities that are actively contributing.

"One of the most exciting integrations in the release is support for the developer preview of Couchbase's next-generation query language, N1QL. This language provides the ability to perform SQL like queries against Couchbase Server, the world's fastest NoSQL database. All of the Couchbase 2.0 SDKs include support for the developer preview of N1QL, so developers can begin to build fluency with the N1QL language," said Mayuram.

Additionally, the 2.0 SDKs include the ability to deliver a consistent developer experience across all platforms, making it easy for developers who work in multiple languages to build applications on Couchbase regardless of which language they are using. In the 2.0 SDKs, the commands and methods are unified across all developer platforms.

There is native support for JSON objects here: When working in any SDK, native JSON object types are supported, eliminating the requirement for third-party libraries while maintaining the flexibility Couchbase has always had to support other data types.

"Couchbase continues to support the most popular and the most advanced developer frameworks. The 2.0 SDKs include support for Spring Framework, ASP.NET with new open source frameworks for Node.js under active development," said the company.

"We are living in an age where traditional IT disciplines are falling apart. Businesses need to be reactive because they can't predict the future and they need new technical architectures to support unexpected change," said James Governor, cofounder of RedMonk. "Agile, bursty, lean — that's the future of business. Developers need to support this by building agile, high performance applications. Couchbase's new SDKs, including their support for Reactive Java, are a great tool for forward thinking developers to build the applications of the future." 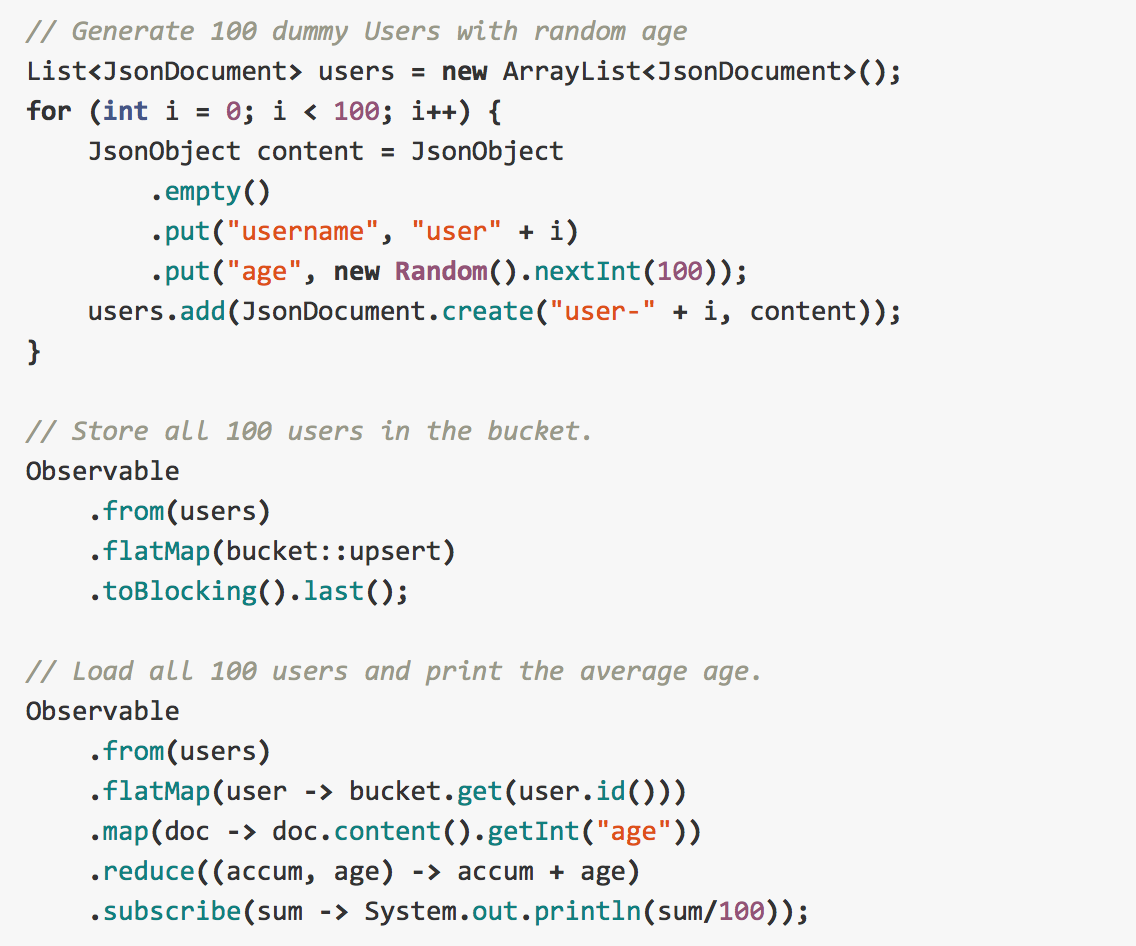