JetBrains has confirmed that IntelliJ IDEA 13.1 is now available.

The development team describes IntelliJ IDEA 13.1 as the Java IDE with "the fastest-growing mindshare" on the planet. It now features support for Java 8 and Java EE 7, new tools for Android development, editor enhancements, and refined Gradle integration.

The Gradle project automation tool has built upon the concepts of Apache Ant (for power and flexibility) and Apache Maven (for dependency management and conventions) and is powered by a Groovy DSL — Gradle provides a declarative way to describe all kinds of builds through sensible defaults.

In addition to Java 8 support, IntelliJ IDEA 13.1 brings minor improvements to most parts of the IDE, including the UI, frameworks support, and tools integration.

Over and above the "minor" improvements, there are also some completely new features including Sublime Text style multiple selection, Postfix code completion for Java, a built-in debugger for JDK 8's Nashorn, and Chronon "back-in-time" Java debugger (Ultimate).

According to JetBrains, "With IntelliJ IDEA 13.1 RC2, now you can add breakpoints to your Nashorn scripts and go through them when debugging your Java application." 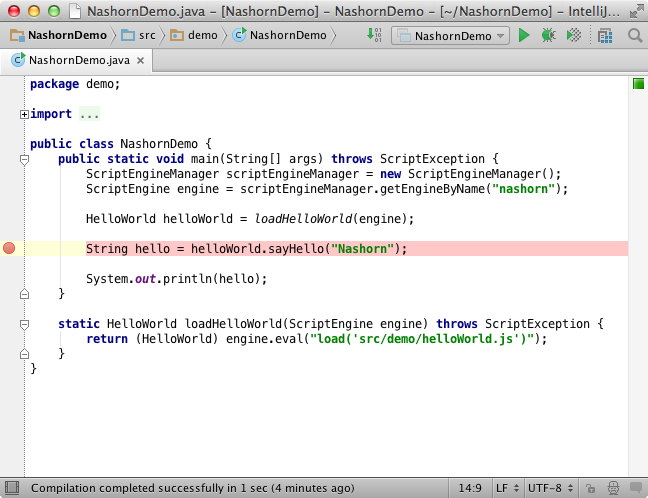