Pivotal's Java framework for application development on or off the cloud

Pivotal has released Version 1.0 of its Spring IO Java framework. Its project team claims to have reported popularity among the Cloud Foundry developer community and the commercial PaaS (Platform-as-a-Service) developer community.

Attempting to encapsulate the world of big data in an Agile kind of way, Spring IO is modular and brings together the core Spring APIs into a "versioned foundation" for Java developers.

Version 1.0 creates an easier way for developers to consume Spring in projects where multiple Spring IO components are used. It does this by eliminating compatibility issues within Spring's project ecosystem and third-party libraries.

"Now application teams have the development flexibility of using a modular, portable application framework requiring only Java SE, at a greatly reduced expense in testing, and with the ability to upgrade at predictable six month intervals."

Spring IO runs on Java 7 or 8, on either standalone Java Virtual Machines (JVMs), on servlet engines such as Apache Tomcat, Jetty and Pivotal tc Server, and on full-blown Java EE 1.6 + application servers.

Spring IO 1.0 includes all major Spring Projects, with the exception of Spring XD, which is expected to be generally available later this year. 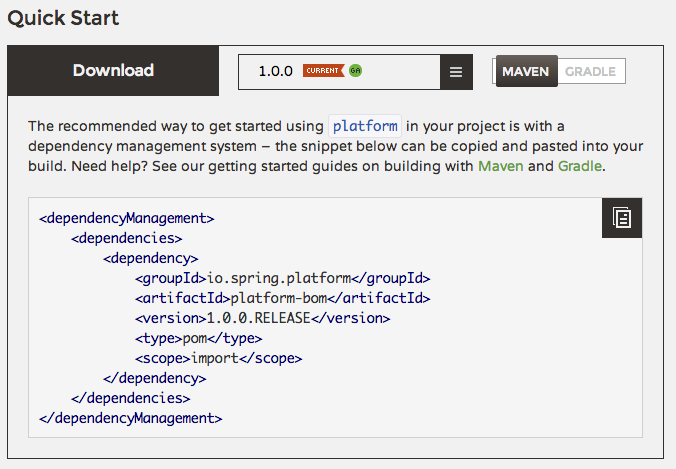