An API to externalize core processes to any device

Point.io has launched APIflow to create an API-as-a-Service route to secure data access, sharing, and collaboration via APIs.

Designed to be an API to "externalize core business processes", APIflow enables workflows initiated by an internal system to then engage external participants — and it can do this by using third-party apps.

Programmers can integrate this software with existing applications.

"As app-dev pros, where do we turn to supply this growing demand? Application programming interfaces, better known as APIs," said Forrester.

Point.io suggests that previously, organizations required high-cost, custom-coded integrations to engage external participants through web or mobile applications or faced the risks of exposing core systems to the Internet directly.

"APIflow enables core processes to be externalized through a single, simple API that allows people to participate via web, mobile, or cloud application. Externalized processes remain in-step with internal systems of record without the risks of exposing core systems to direct Internet traffic. Companies can leverage APIflow to engage third-party developers to publish new applications that expand user choice and drive unique experiences through the API," said Ron Rock, CEO of Point.io.

Other benefits of APIflow include integration with existing applications: APIflow supplements API Management systems such as Apigee and Mashery — it also integrates with core systems of record including salesforce.com and most common ERP and CRM systems.

There is also compliance with corporate security policies — APIflow includes a full suite of metadata to support audit and compliance requirements for process execution and data access across platforms and locations, enforcing corporate integrity for all transactions.

"APIflow is the fastest way for a company to join the API Economy by monetizing internal processes in the market today," said Tim Panagos, CTO of Point.io. "New customer acquisition and fulfilment are the most likely first use-cases for APIflow because they can drive new revenue. Developers can embed processes directly into their apps without shuffling prospects to a browser. Keeping the fulfilment process inside the app makes the experience natural and will result in increased conversion rates." 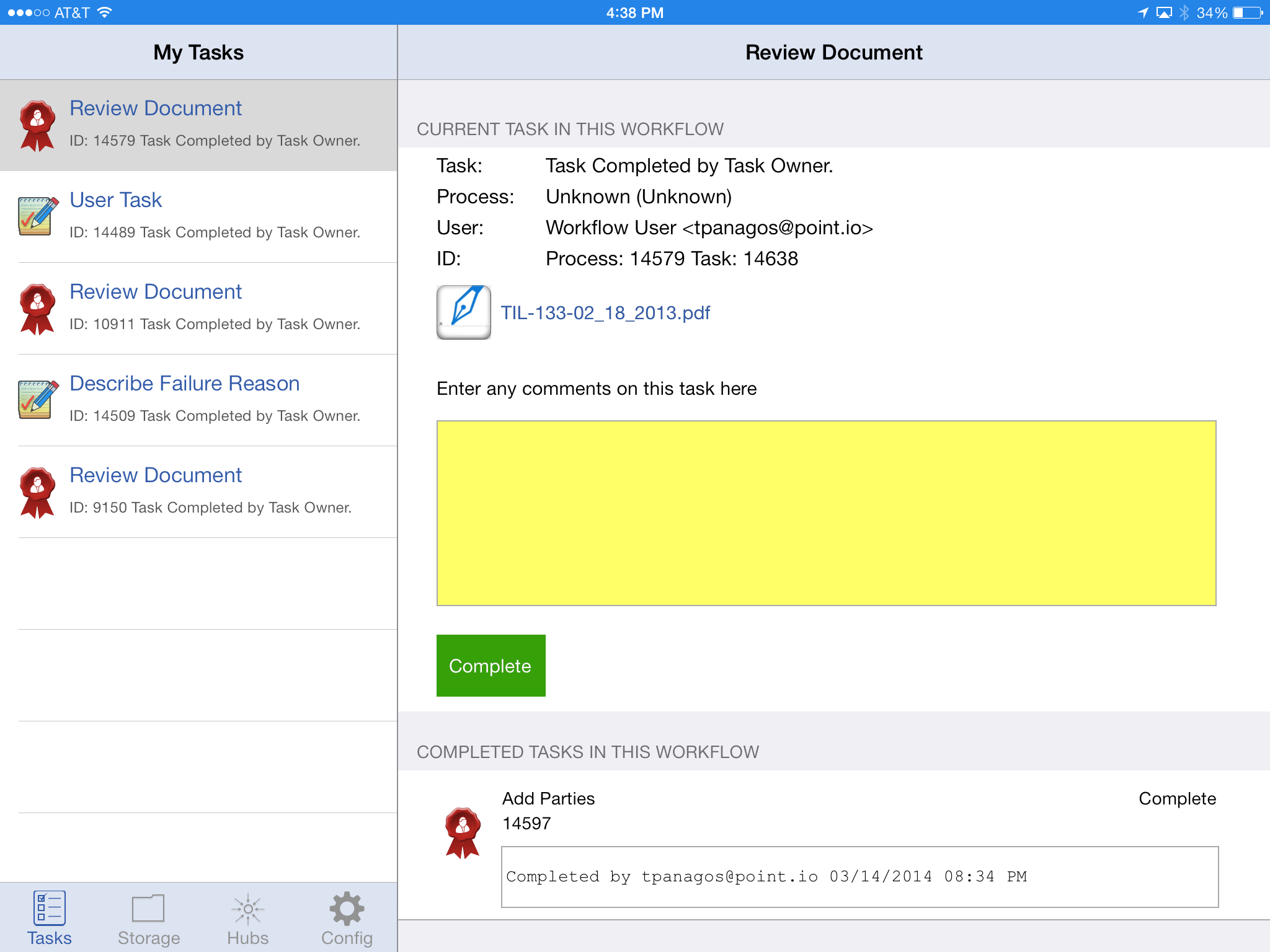