The Photo Effects tool is also integrated into popular apps like Voto, FriendCaster, and Trendyful. RadiumOne claims that through these types of partnerships, Photo Effects already reaches 20+ million active users and that in-app purchase revenue for developers has hit a record high of 76% of all U.S. iPhone app revenue.

"Popular apps like Path and Line have reported a staggering adoption of photo effects features like the ability to add stickers onto photographs. Stickers are becoming so popular with consumers that even Facebook has recently introduced its new Sticker Store," said the company.

The filters and effects were created by professional photographers and graphic designers — each feature can be tailored to a specific app audience, and the server-driven effects library enables developers to publish their own effects without forcing users to download any updates. 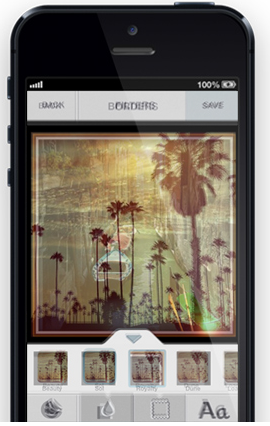