Telerik has updated Icenium, its mobile app development tool. Marked out for its ability to debug hybrid mobile apps within provided code editors, this software now offers direct integration from within Visual Studio. Given this update, .NET developers can now use Icenium mobile development tools directly from Visual Studio to develop cross-platform apps for iOS and Android.

Speaking on the record to Dr. Dobb's in line with this announcement, Telerik development evangelists confirm that while the installer for Icenium's Visual Studio extensions is, in fact, a web download, the core services provided by the extension (Device Simulators, LiveSync, provisioning, build/packaging services, etc.) are all cloud-based and served from Telerik's infrastructure.

One key benefit of this approach is that developers can rely on Icenium to handle platform SDKs (a major struggle in Android) and other build dependencies (for instance, needing a Mac for building iOS apps), freeing them to focus on building better app experiences for iOS and Android.

Telerik says that Icenium helps developers tackle the cross-device development challenge by enabling the use of existing HTML5, CSS, and JavaScript skills to develop, test, and publish hybrid applications, running on iOS and Android mobile platforms.

Additionally, developers using Visual Studio with the Icenium extension will, for the first time, be able to use Icenium with any source control provider. Meaning, Team Foundation Server (TFS) and Subversion (SVN), for example, can now be used in addition to Icenium's default support for git, making it even easier to integrate Icenium into existing development workflows. 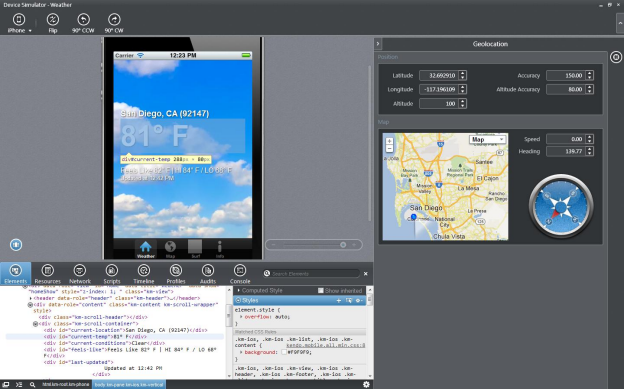