Based on Mesos for multi-tenancy in cluster computing

Mesosphere has introduced Marathon, an open source framework based on Mesos for long-running services. An example long-running service would be a web app or mobile API based on Ruby on Rails. By running services on the same cluster as Big Data batch jobs, organizations can potentially save operating costs for their clusters, plus reduce the latency of moving large data products into the real time apps which consume them.

NOTE: Apache Mesos is a popular open source cluster scheduler that started as a research project at UC Berkeley's AMPLab — it has been in production at Internet scale for over two years at Twitter.

The Mesos open source project was recently promoted to a top-level project at Apache. It provides resource isolation and sharing across distributed applications, or "frameworks", such as Hadoop, Spark, Storm, MPI, and so on. Mesos also runs Memcache, Ruby on Rails, JBoss, MySQL, and other frameworks commonly run on clusters.

Mesosphere says that used together, Marathon, Chronos, and Mesos lower the bar for technology startups to leverage sophisticated cluster management similar to what Google uses for its datacenters at very large scale, providing elastic scale for Big Data batch frameworks such as Hadoop and Spark, along with low latency needs for web apps, mobile APIs, and data services.

"Mesos (along with Borg and Omega from Google) avert the need for virtualization, which results in large optimizations, especially for services on heavily loaded clusters. As Google, Twitter, and other companies have learned, moving different workloads and frameworks onto the same collection of machines significantly increases efficiency and ROI," said Ben Lorica of O’Reilly Radar. 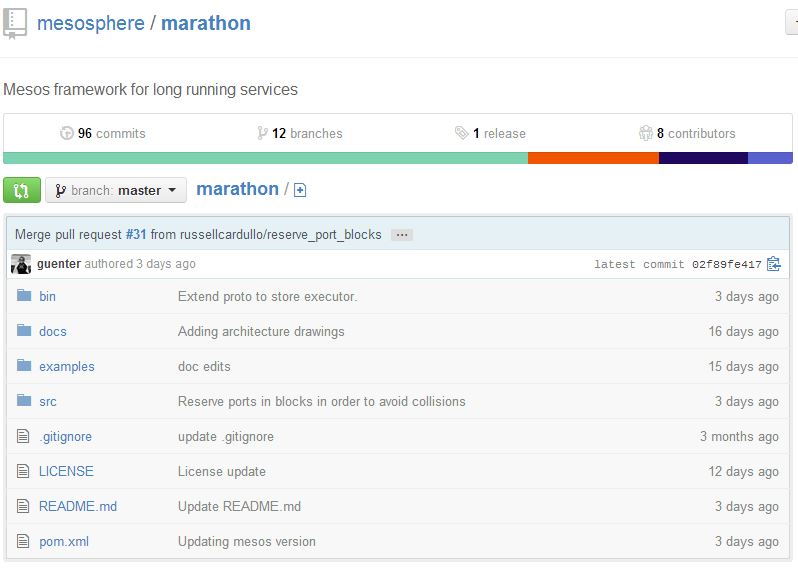