This "milestone in the language's evolution" adds tooling capabilities offered for the language in Visual Studio. Microsoft says that it is now ready for "application-scale" JavaScript development.

New in this version is generics functionality. This intelligence will take advantage of the strong type inference that TypeScript already provides to provide better static error reporting and improved tooling, in many cases without any additional type annotations.

NOTE: An explanation of generics (most highly requested feature by 0.8 users ) from the MSDN details its ability to capture relationships between inputs and outputs in APIs. "[Thus] enabling richer type checking for better error reporting and tools. For example, generics allow the typing of the Array#map function from JavaScript to relate the element type of the array with the parameter to the callback function ('T' below), and the return type of the callback function with the return type of 'map' ('U' below)."

The compiler has been reengineered to work with projects in excess of 100,000 lines of code with minimal slowdown. As a result of its openness, more than a dozen editors now support TypeScript, enabling use across multiple major platforms.

Microsoft Developer Division VP Soma Somasegar says that TypeScript has already been "positively impacting" web development, even as an early technical preview. "Hundreds of developers are engaging with the project across the forums, issue tracker, and source code forks," he said.

Integration with popular build systems, a collection of library typings at DefinitelyTyped, test tools, and application models are available thanks to the TypeScript developer ecosystem.

Somasegar explains that in addition to generics, the language service has been completely rewritten for much-improved interactive performance. "Building web and Windows Store applications should now feel more responsive for IntelliSense, code navigation, and refactoring, especially as projects grow in size." 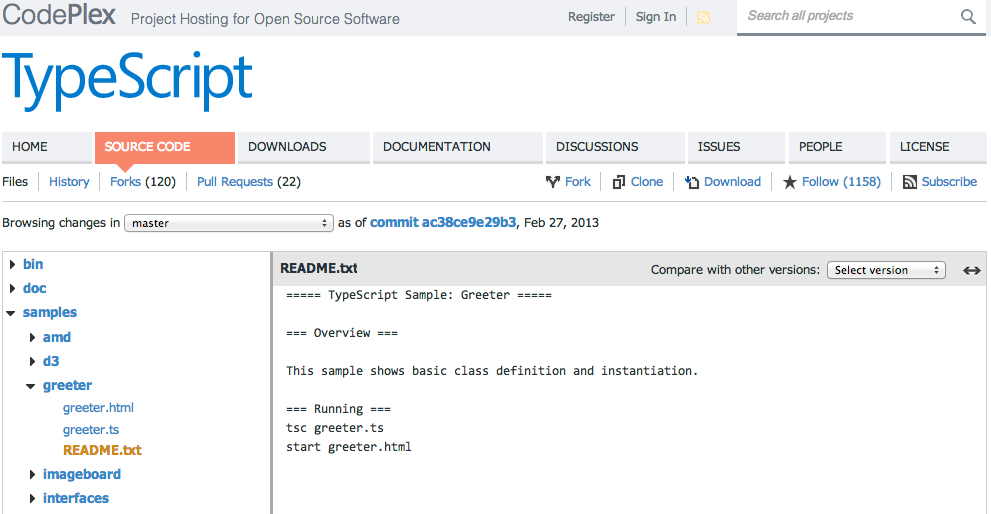