Software quality tools company SmartBear has released its WebLoadUI load testing tools for web applications. Suitable for complex app testing, this stress and load testing tool offers connection to the one million plus developers in the SoapUI open source community.

Essentially this is a route for developers to load test web servers and services without being tied down to trial periods or budget constraints.

"SmartBear has been supporting its growing SoapUI and LoadUI community for more than three years, so we now are strengthening that commitment," said Ole Lensmar, codeveloper of SoapUI and chief architect at SmartBear.

"Together with a range of features that rivals other paid products and without any trial periods, it aims to be an essential tool for load testing within Agile and other software development lifecycles," he added.

Lenmar says that WebLoadUI has a wizard-based interface, so that developers can go beyond simply "pinging websites" and move to a point where they are able to simulate real user activity for a large number of virtual users.

Key benefits include the ability to run load and stress tests on any web server or type of Rich Internet Application (RIA), using the 15 built-in data generators.

"WebLoadUI builds on our vision to help developers, especially the one million users in the SoapUI community, to create great, quality software," said Niclas Reimertz, Managing Director, SmartBear Sweden. "By making it easier and simpler for all developers to load test web applications for free, we are empowering quality software development, which is the essence of our mission. The benefactors will be both the development community and the end users." 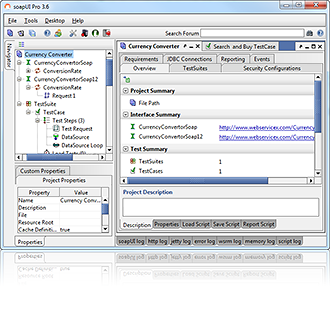