Association for Computing Machinery heralds "historical" papers from the '90s

Two special interest groups within the Association for Computing Machinery (ACM) have highlighted the publication of a pair of research papers that "fundamentally changed" parallel computing in both theory and practice. 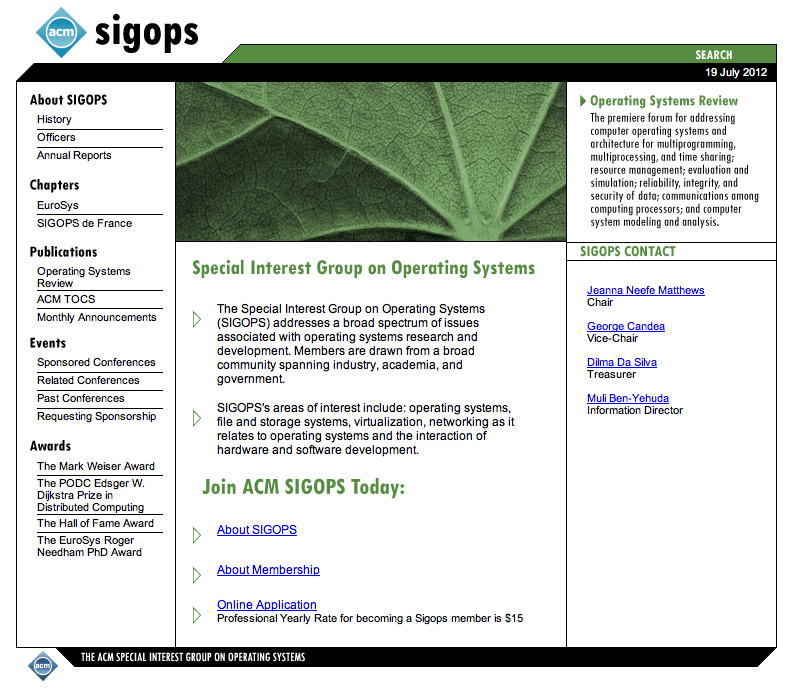 The groups also highlighted and pinpointed the 1995 work of Nir Shavit and Dan Touitou, who built on the hardware-based transactional synchronization methods of Herlihy and Moss, offering a software method for supporting the transactional memory abstraction used on parallel computing operations.

This week the ACM celebrates the work of all four authors in their field of software engineering expertise by awarding them the 2012 Edsger W. Dijkstra Prize, which is sponsored jointly in association with the European Association for Theoretical Computer Science (EATCS). Edsger W. Dijkstra was a pioneer in distributed computing who received the 1972 ACM A.M. Turing Award for fundamental contributions to developing programming languages.

The ACM says that these papers have helped to foster research by explaining the means by which transactional memory can be a transformative idea for parallel computing in shared memory systems where all processors share a memory that can be used to exchange information between processors.

With nearly 2,400 citations between the two papers, the ACM says that software architects have developed "dozens of runtime implementations" of remarkable algorithmic variety as a result of this work. In addition, at least four major compilers now support transactional memory in C++ — plus hardware implementations have been developed by Azul, Sun (Oracle), AMD (on paper), IBM, and Intel. The ACM suggests that IBM and Intel implementations, in particular, ensure that hardware support is likely to continue.

NOTE: At first, Herlihy and Moss's proposal, introduced in their paper titled "Transactional Memory: Architectural Support for Lock-Free Data Structures," proved too ambitious for the hardware of the day, and their work was largely ignored within the architecture community for most of the 1990s. Within the theory community, however, it inspired multiple explorations of the limits of software emulation, most notably the "Software Transactional Memory" paper by Shavit and Touitou.