Intel's director of parallel programming James Reinders suggests that his firm has "a long history" of working with Rogue Wave to ensure that developers benefit from the combination both technology bases.

"This [joint effort] continues with our work together on tools specifically optimized for the Intel Xeon Phi," said Reinders. "Being known as an intuitive and easy-to-use debugger, TotalView helps developers take advantage of the massive parallelism available on the Intel Xeon Phi coprocessor."

The early-access version of TotalView 8.12 has already been deployed and successfully used at a number of strategic customer sites. The experience of these sites was (reportedly) that the porting process was "fairly simple" due to the similar architecture between the Intel Xeon processor and the Intel Xeon Phi coprocessor; however, the "interesting challenge" (the teams report) was optimizing the code to fully use the many cores of the advanced coprocessor.

Users have described TotalView as a useful tool for optimizing code in the movement towards advanced and complex architectures. Teams have been testing the early-access version of TotalView 8.12 and found the asynchronous thread control to be a crucial functionality in optimizing code for the Intel Xeon Phi coprocessor.

NOTE: For codes developed on the Intel Xeon Phi coprocessor and other future architectures, thread control is going to be a particularly critical feature — and this is a functionality that Rogue Wave's TotalView offers.

"The initial success stories of TotalView debugging applications on this critical architecture predict even greater achievements in the future," stated Chris Gottbrath, principal product manager at Rogue Wave Software. "Rogue Wave continues to push TotalView to new bounds with advances in scalability and support for heterogeneous architectures. This investment shows our commitment to increasing developer productivity as technology progresses."

As part of the full debugging support for the Cray XC30 series supercomputers, TotalView 8.12 provides functionality for Cray Abnormal Termination Processing (ATP), which allows users to troubleshoot problems that occur while using Cray systems in production. Also released in TotalView 8.12 is a new debugging session management feature, which helps by allowing users to save debugging session information and settings.

Functionality introduced in TotalView 8.12 includes improved performance with startup, stepping, variable viewing, and breakpoint setting on C++ programs that make extensive use of templates; support for Intel Xeon Phi coprocessors, Cray XC30 supercomputers, and Apple OS X Lion and Mountain Lion platforms; and a new Sessions Manager framework that saves time from one debugging session to the next.

"TotalView is a scalable debugger for parallel applications written in C, C++, and Fortran. It provides a combination of capabilities for pinpointing and fixing bugs, such as race conditions, memory leaks, and memory overruns. Providing developers the ability to step freely, both forwards and backwards, through program execution, TotalView's reverse debugging capabilities reduce the amount of time invested in troubleshooting code," says the development team. 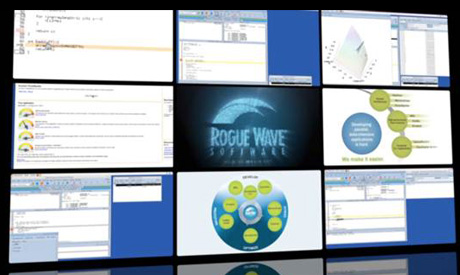