Debugging Delights: It's Like "Google Docs" For The Shell

Last year's release of the "DevBox" web-based virtual appliance by Akiri Solutions saw an already-cramped application development automation market feel the weight of an additional bug- and issue-tracking tool. Further attempting to differentiate and develop its total toolset, this month sees the company bring its "Coterm" product to the mix to help engage users in different locations working on complex debugging issues.

Essentially, this is a tool built to allow multiple users to collaborate on a terminal session. So think "Google docs for the shell..." as the company puts it.

Physically separated workers in distributed development environments (or, developers in different offices, if you prefer the layman's term) are able to use Coterm to join each other's live terminal session.

Regardless of the desktop operating system in use on a user's machine, both users have total control over the terminal and both see exactly the same output. All communication in Coterm is completely encrypted between each participant in a session — and, if all participants have web access, then a session can be initiated, regardless of the additional firewalls in place. 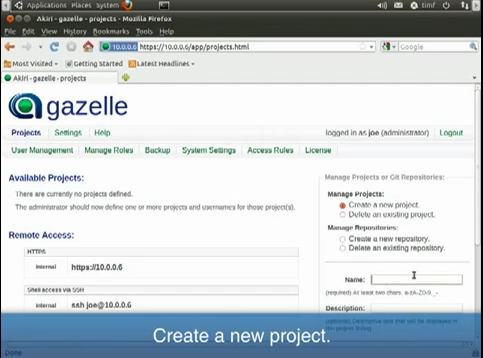 So how does it work?

Well, one user "hosts" a session using Coterm and it is that host user's terminal that will be shared. That host user starts a session and then invites one or more participants to join his or her session by simply entering their username(s).

Coterm assigns a session identifier, which can then be given to the invitees. The invitees start Coterm with that session ID, enter their username/password, and they’re sharing the host's terminal.

Akiri lists Coterm's core benefit as speed and ease of use. Usability comes from an absence of "cumbersome" access control, network configuration, or SSH keys. Speed derives from the fact that no graphical data is being shuffled around, so the response time is faster than watching a cursor slowly move across the screen. "Characters are echoed back to you as you type them, not seconds later," says the company.