Test Management With An Extra Twist

Additional reports allow teams to gather and visualize statistics about the team's workload, to identify error-prone functional areas of projects, and to produce summaries of their tests.

The new reporting engine also comes with functionality to schedule and share reports. This allows testing teams to generate and email statistics to developers, the management team, or customers. The company also says that it's now also easier for teams to customize and develop their own reports and integrate them into TestRail.

According to Gurock, "TestRail 3.0 also adds a new redesigned REST API. This API can be used to automate various parts of the application and to integrate automated testing tools such as Selenium. The new version also introduces improved support for bug and project management tools such as Rally, Assembla, Bitbucket, GitHub, JIRA, and OnTime. Testers can now directly link test results and push new bug report to these tools."

Gurock has also implemented various additional improvements for the new version, such as full support for Microsoft's new web stack with Windows Server 2012, SQL Server 2012, and Internet Explorer 10. TestRail's new version also includes better support for mobile devices, adds more customization options, and comes with improved navigation. TestRail is used by software development teams and quality assurance departments to manage, organize, and track their software testing efforts. TestRail is available as a web-based SaaS/cloud edition or can be installed on a local server. 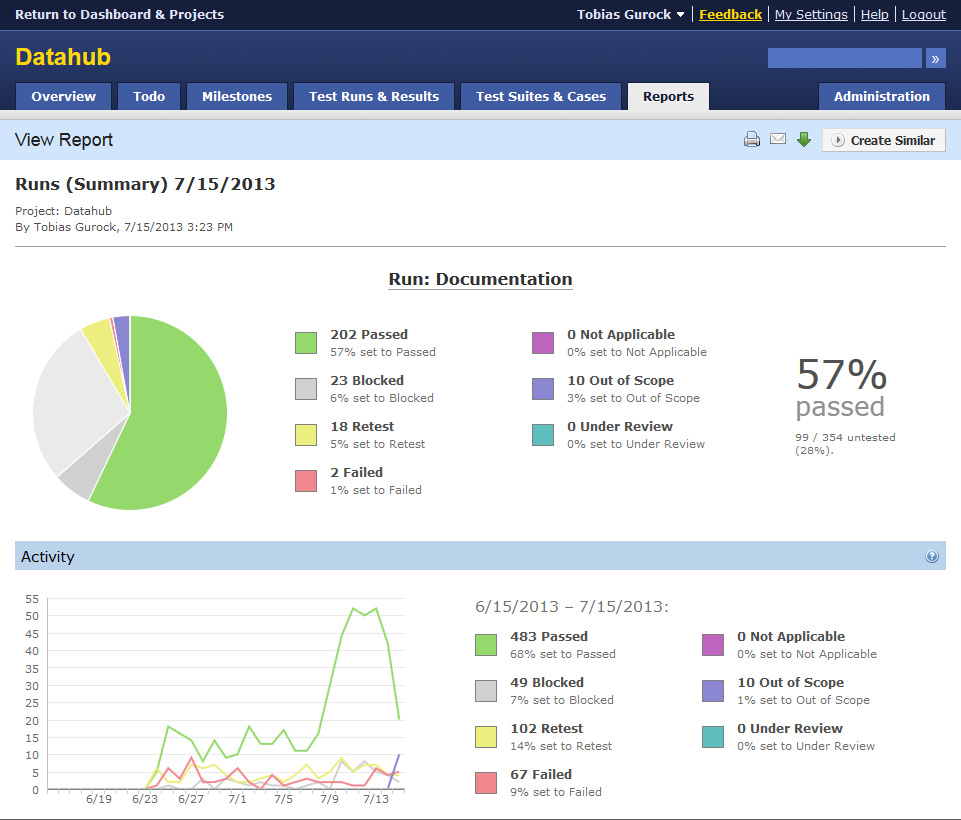