Why Isn't Test Connected To Release?

Atlassian has announced the Bamboo 5 continuous integration and delivery server. The firm declares that this software "connects the processes" of preparing and testing software with the process of releasing it.

Not just for running builds and tests, the Atlassian team says that Bamboo 5 connects issues, commits, test results, and deploys. In this way a more holistic picture is available to the entire product team: from project managers and devs to testers and system administrators.

Atlassian Bamboo aims to address lack of traceability between build and deployment processes, and lack of visibility into the release-preparation process. Streamlined workflows with fine-grained access controls mean that developers and QA can deploy to their own environments on-demand, while production remains tightly regulated.

"Duct-taped and inaccessible scripts are what most software deployment pipelines are made of," said Jean-Michel Lemieux, Atlassian's vice president of engineering. "But the trip a feature takes from a developer's machine to a customer must happen as quickly and repeatedly as possible — and it must be visible to all teams. With Bamboo, we put development-centric information side-by-side with deployment tooling, and exposed ops-centric information inside JIRA," added Lemieux.

Bamboo 5 connects with Atlassian's project management issue-tracking software, JIRA, to present teams with a view of whether a given feature or bug fix has been delivered, as well as what changes are coming up in an application's next version.

For developers, testers, and managers, tracking issues and deployments as one means instant insight into where features are in the release pipeline. For operations engineers, it means the ability to anticipate upcoming changes and mitigate any risk involved.

"Everyone sees the issues and code changes in each build and deployment," added Lemieux. "This means they can anticipate releasing and supporting that work in production. Add to that the granular controls over who can deploy to each environment, and you've got the fluidity and power to move away from duct-tape and into a repeatable and trustworthy deployment pipeline." 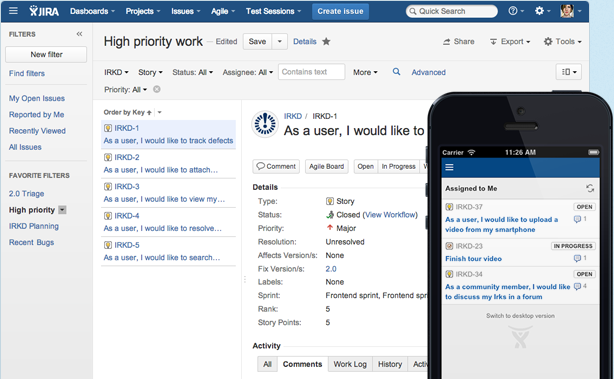