Mike Riley is a Dr. Dobb's contributing editor. He can be contacted at [email protected]

Thanks to the commercial success of the Apple's iPhone and iPad, and the introduction of Windows 7, multi-touch has hit the mainstream consumer market in a big way. However, one of the limitations of devices like Android and iPhone is the sampling of only two active points for interpreting functions like screen pinching. While this works on the limited physical space of a portable smartphone display, tablet displays or even desktop monitor displays encourage greater interaction with more potential points to process.

Recognizing an opportunity, 3M has rolled out a 22-inch digital display capable of 20-finger multi-touch input with less than 6 millisecond response time. To achieve these impressive results, the monitor incorporates 3M's 3M Projected Capacitive Technology (3M PCT) based on mutual capacitance operation theory. The result produces a silky smooth response that has almost no lag in execution. 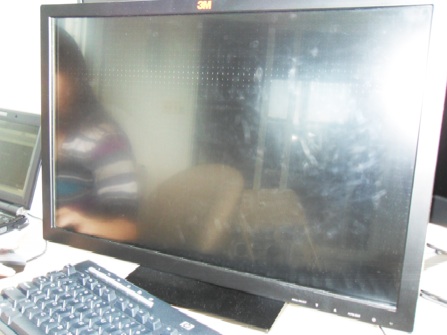 Figure 1: The monitor's projected capacitive grid layer (and the finger print smudges the touch screen inevitably attracts) appear to vanish when the display is turned on.

3M provides drivers for both Windows and Linux, and Windows 7 has native driver support built into the OS. When I plugged the monitor (DVI and VGA output and cables are supplied, along with a USB plug for the mouse driver-like touch support) into a Windows 7 desktop, the system immediately recognized the hardware device and configured it accordingly. Simple, just as it should be. Windows XP, Vista, and Linux users will need to download the drivers directly from 3M's support website.

The driver includes 3M's MicroTouch Software with a control panel for setting touch sensor preferences. A diagnostic utility is also included to assist with any hardware troubleshooting.

The visual hardware stats of the display are what you'd expect from a modern digital flat-panel display. It features 1680x1050 resolution and 1000:1 contrast ratio with 70W power consumption. The built-in stand allows for tilting the display, but its fixed arm does not allow the display to be moved vertically up or down. This may not be ideal ergonomically, but the modality of the interface changes the typical monitor height equation. In fact, the more comfortable I became using the display, I actually preferred it to be slightly lower than a typical display so that I could more easily interact with it. My family members also preferred it lower since it felt less awkward when touching the screen while seated in front of it. 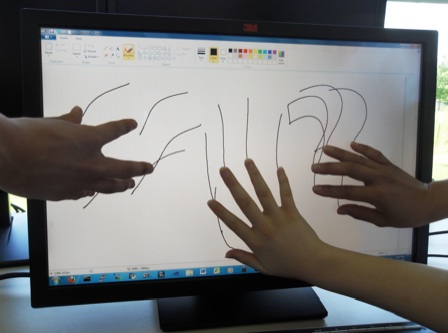