The Linux Foundation has confirmed that NASA will be switching to Debian 6 Linux for its laptop requirements inside the Space Shuttle and International Space Station (ISS) operations.

Keith Chuvala works for United Space Alliance, a NASA contractor overseeing the developers in charge of writing and integrating software for the Station's "OpsLAN" — a network of laptops that provide the ISS crew with vital capabilities for day-to-day operations, from telling the astronauts where they are, to inventory control of the equipment used, to interfacing with the cameras that capture photos and videos.

"We migrated key functions from Windows to Linux because we needed an operating system that was stable and reliable — one that would give us in-house control. So if we needed to patch, adjust, or adapt, we could."

Linux Foundation developer courses have been delivered to augment the team's existing knowledge with Linux-specific skills, and prepare them for developing apps related specifically to the needs of the ISS.

The team further confirms that, "USA/NASA is as heterogeneous as it gets. They had a heavy Debian Linux deployment but also various versions of RHEL/Centos."

Along with the ongoing laptop support, a new challenge for Chuvala's team is headed to the ISS — Robonaut (R2). Designed to take over some of the astronaut's responsibilities, R2 will be the first humanoid robot in space. Running on Linux, the robot can be manipulated by onboard astronauts with ground controllers commanding it into position and performing operations. 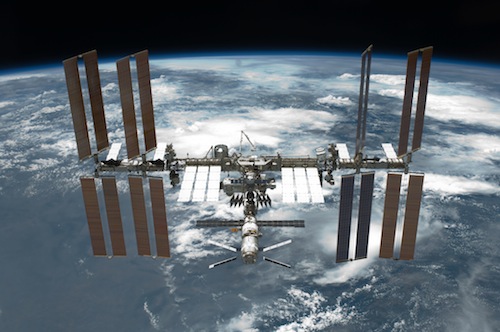