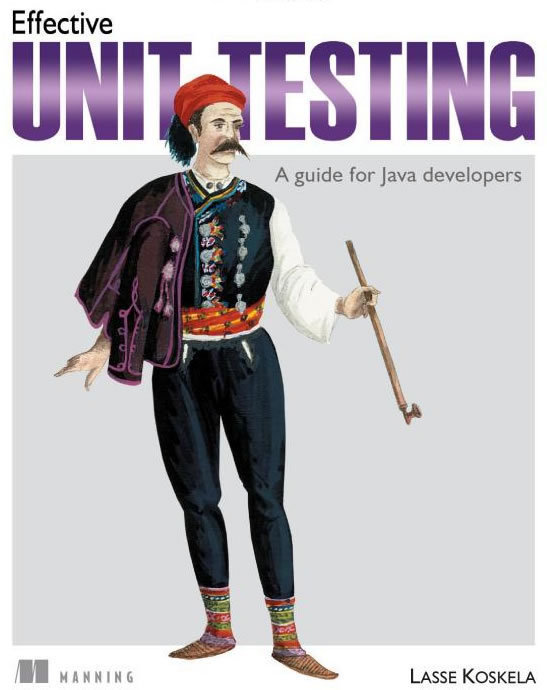 This volume is the Java counterpart to the highly regarded Art of Unit Testing in .NET by Roy Osherove. That book, a considerably longer work, had the added responsibility of introducing unit testing to a .NET audience that, at the time (2009), did not view the practice as integral to development, the way Java and Ruby developers have for many years. As a result, it had to explain unit testing from the ground up. Koskela's work is intended for Java developers, so he can skim quickly over the basics and get into what makes for good and bad unit tests. He does this well. Rather than dawdle in the tired advice that constitutes the bulk of unit testing best practices (make the tests fast, independent, and repeatable, etc.), he focuses on a conceptual understanding of how to conceive of unit tests for them to be effective — both for testing and design. From there, it's an easy road forward: Mocks and stubs naturally fall out of that discussion, as do Koskela's long, useful discussions of code smells in unit tests.

That the author really understands the whole unit testing gestalt, rather than being a pedant with lots of prescriptive advice, can be seen in such details as extending the vision of unit testing with behavior-driven development (BDD), in which user requirements are coded as tests and run throughout the development cycle along with unit tests. He describes how BDD dovetails with unit tests and then presents a pair of potential BDD frameworks to use on the JVM. If you're already writing unit tests in Java, this short book is a brief, ideal course in how to work better and more effectively. Highly recommended.