Metrixware has announced the availability of Cobos 3.4, its COBOL development workbench for Eclipse. The software is used for Mainframe and UNIX COBOL developments, coupled with COBOL IBM, COBOL Micro Focus, and COBOL-IT compilers.

As we have heard commented elsewhere, although COBOL is still used widely used in banks, insurances, and many other big industries, the development process has been criticized for seeming now out-of-date, not attractive, complex, and expensive.

Metrixware now bids to simplify the question of change management, saying that its original choice to include its users in the R&D process since the early developments of Cobos keeps playing an important role. It eases to manage the change and reduces the IDE learning curve for both new COBOL developers and expert COBOL developers.

"It generally requires less than one day for a COBOL developer to move to Cobos from TSO/ISPF or from a VI editor or UNIX shell. Cobos includes functionalities such as a revision mode, mainframe-like CAPS ON, customizable tabulations, COBOL sources unfolding with COPY REPLACING, direct opening of a COPY using F3, etc. Cobos 3.4, for both UNIX and Mainframe environments," said the company.

Cobos engineers have focused some of their efforts in the adaptation of features developed for the mainframe users, to UNIX environments. The result is local check-syntax, remote compilation, centralized preferences — all of which are now available to UNIX users.

Checking code syntax locally is a "major stake" (says Metrixware) for companies, since it avoids many interactions with the UNIX server and reduces the server load, and for developers by helping deliver bug-free applications.

According to Metrixware, "Cobos local check-syntax now supports the Microfocus dialect, enabling for example the auto-completion of the variables declared in the SCREEN SECTION. Then Cobos 3.4 now allows the UNIX developers to commit their code to the SCM software and to launch the remote compilation on UNIX from Cobos. The compilation messages are then available directly in the Cobos interface as for the Cobos mainframe users."

With Cobos Best Practices, a plugin available for every Eclipse-based COBOL IDE, including IBM RDz and Microfocus Visual COBOL, the COBOL developers can check the quality of their COBOL code during development. Cobos Best Practices makes available about 150 rules (COBOL, CICS, DB2) that you programmers can use as parameters for their applications. 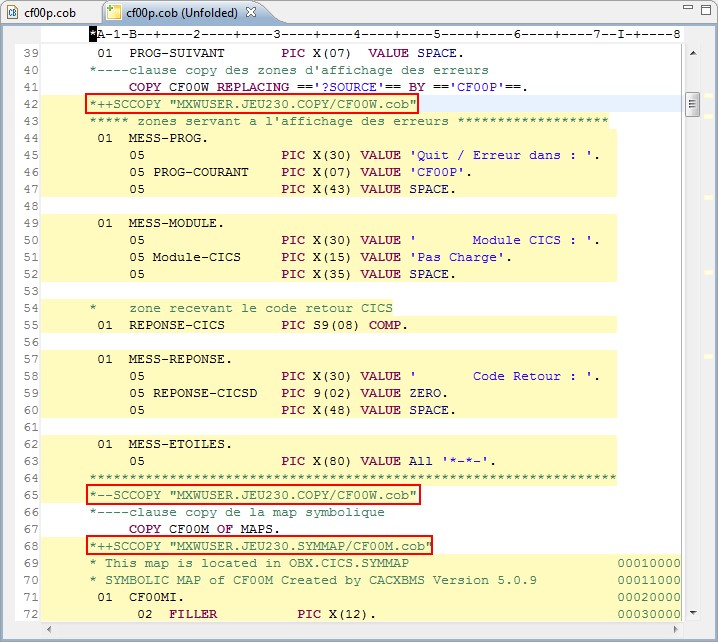