JetBrains has released its PhpStorm 5.0 PHP IDE with a focus on new features for Symfony2 and Yii projects.

In addition to the previously supported Zend framework and the Drupal free and open-source content management system, the version 5.0 iteration will feature a "more sophisticated" type inference engine for PHP variables and class fields as well as a new MVC view for Symfony2 and Yii projects.

Also included with this release is a "Live Edit" mode for PHP/HTML/CSS/JS code with instant page preview in the browser.

There are reported to be "many additions" in SQL/Databases support, including live database schema refactoring, stored procedures editing, schema migration scripts generation, and improved SQL completion.

"This release brings a data-flow-based type analysis engine which significantly improves the precision of the code analyser, with no additional code annotations needed. We also believe that the new Live Edit mode will be a lot of help for web developers looking to boost their coding productivity," said Alexey Gopachenko, PhpStorm project lead. 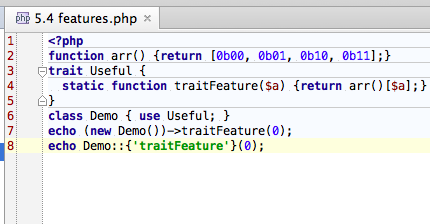