JetBrains has detailed new this month with regard to a new version of its ReSharper Visual Studio add-on. As well as support for the brand-new Microsoft Visual Studio 2013 Preview, there are also new architecture tools and better XAML support in this new 8.0 version.

For .NET programmers, this tool can be employed to analyze code quality, execute code changes across an entire code set, as well as highlight areas where existing code can be improved.

Of note are new automated refactorings and in particular the "highly requested" Move Instance Method to move methods between classes without making them static.

JetBrains confidently says that with Visual Studio 2013 Preview support, developers can stay inside the IDE without missing out on the "ReSharper goodness" at any point.

"Many loyal ReSharper users require support for new Visual Studio versions as soon as they are announced; they just feel out of their element when working without ReSharper. We've learned that lesson well and are committed to making compatible versions of the product available just in time," said Ilya Ryzhenkov, .NET tools department lead at JetBrains. "However, the strength of this major ReSharper update doesn't end with Visual Studio support — far from it. In fact, it would be easier to list the areas we haven't enhanced or refined!"

Extraordinary XAML support is here for developers working on WPF, Windows Phone, and Windows Store. Other kinds of XAML-based applications are now also covered with a new set of dedicated code inspections and quick-fixes, plus a pack of refactorings to manipulate styles and resources.

In related news, JetBrains also launches a free command-line version of ReSharper. The new ReSharper Command Line Tools is a set of free standalone tools that execute hundreds of ReSharper inspections outside of Visual Studio and additionally find code duplicates. The tools can be used without installing ReSharper and integrated with Continuous Integration or code quality management servers. 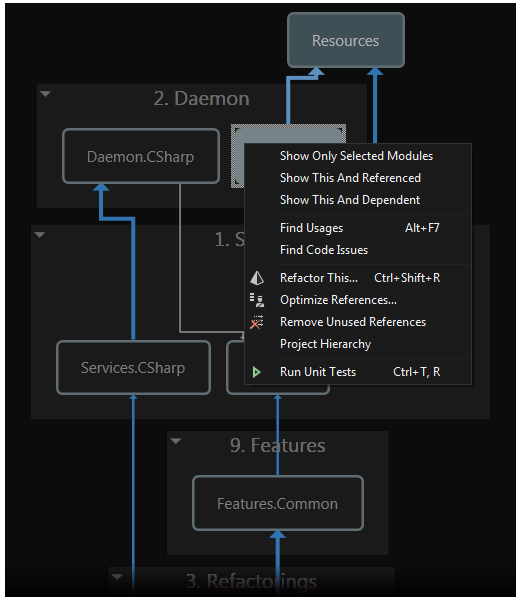