When Modeling Gets Rich, Embedded (And Almost Chocolaty)

MetaCase has released an embeddable version of its modeling and code-generation tool, MetaEdit+. The resulting tool runs on all major platforms, Windows, Mac OS X, and Linux.

This software provides a graphical modeling interface to a tool that companies can use to get users interacting — who could never have been reached with a traditional GUI or textual language to get them involved with modeling on software (or other) project work.

The firm says that users appreciate a graphical language that shows things in familiar symbols (and vocabulary) of their normally experienced domain or working area; i.e., with no need to map what is in their heads to an unrelated language. Domain-specific constraints ensure validity and give intelligent feedback.

An independent study by Eclipse committers found modeling languages were implemented 10–50 times faster with MetaEdit+ than with other commercial and open-source tools.

Embedding MetaEdit+ into a product is made possible with example code in a range of languages and full plug-ins for Visual Studio and Eclipse. The embedded UI adapts to the company's modeling language and branding, with a wide variety of user interface customizations and tool integration mechanisms possible.

Companies have embedded MetaEdit+ in products covering a wide variety of areas, such as early phase analysis, software development, testing, and deployment.

The partner program provides support for the initial language and generator development and tool integration, and offers services for end-user training and support. 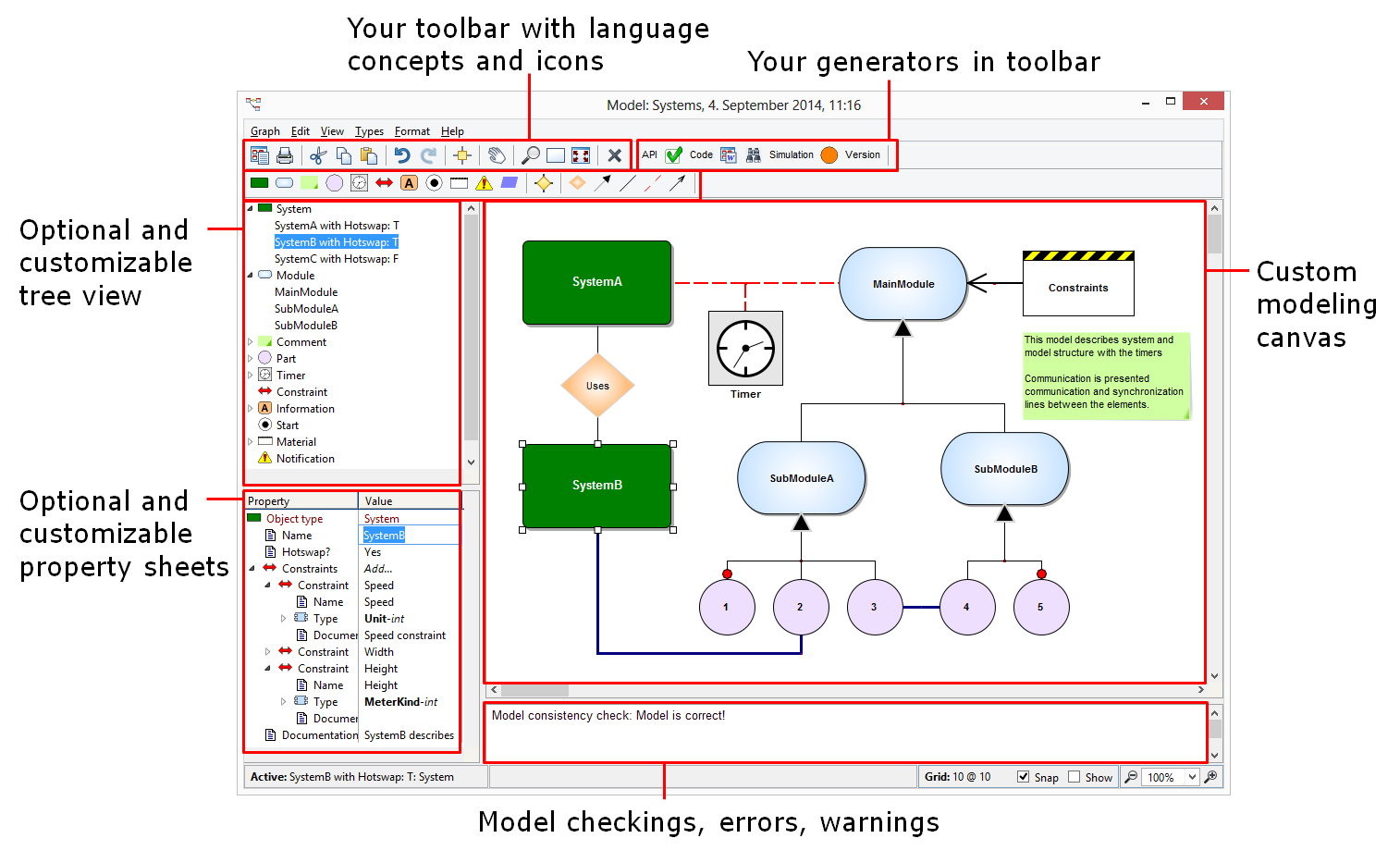