Windows Blue is "reimagined from the chipset to the experience", honest

Microsoft has launched the Windows 8.1 Preview as a technical preview download for developers and other interested parties. Programmers are urged to watch the product guide for developers video.

Known previously as codename "Windows Blue", this free update features the reintroduction of a START button with what is essentially rather different functionality to the start buttons and "orbs" that we have known up until now.

Announced at the Build conference, Microsoft has outlined the reach, design, and economic opportunities that it says now exist for developers to build differentiated, touch-based apps for the Windows platform.

"With Windows 8 we built a new Windows, reimagined from the chipset to the experience. It was an ambitious vision, and with Windows 8.1 we refine it," said Julie Larson-Green, corporate vice president of Windows.

"Windows 8.1 will support the widest range of tablets and PCs and demonstrates how responsive we can be for customers. The preview we are releasing is an important step for partners around the world that are building the next generation of Windows devices and apps."

Antoine Leblond, corporate vice president of Windows program management, has confirmed that with Windows 8.1 developers keep 80 percent of the revenue for the lifetime of an app once it crosses the $25,000 revenue threshold.

Microsoft says that Windows 8.1 offers developers a canvas to present and develop compelling app designs. Windows 8.1 apps can work together to share data, share the screen, and deliver user experiences across a range of devices, including new 8-inch-and-below form factors.

Beyond Windows 8.1, Microsoft showcased how developers can take advantage of tools and resources across the company to build differentiated experiences for their customers across Microsoft devices and services, including Bing as a platform. Bing Developer Services are now available that enable third-party developers to use Bing technology in their development projects. 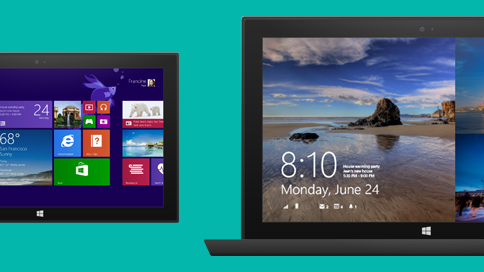