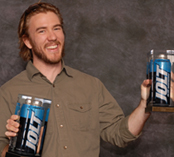 Reviewed by Robert DelRossi
To be confident in your code, you need to write tests that touch all parts of your project. Code coverage tools help you to understand whether your tests get the job done. Australia-based Atlassian elevates code converge for Java programmers to a new level with Clover 2.0, this year's Jolt Award winner for Testing. A key to Clover's power is the way it presents its findings. Without doubt, this tool collects tremendous information about your project. But it presents it in ways that focus your attention on areas most likely to be trouble spots. Its cloud report of the Top 20 Project Risks, for example, draws your attention to your most complex classes that are likewise least covered by tests. A tree map view gives you a high-level look of where the entire project's coverage is most weak. In these reports and many more, a simple mouse-click lets you drill right down to the code level. We liked the useful extras, such as the ability to monitor the progress of our testing effort over the life of a project. We also appreciated the plug-in that provides Eclipse integration and the ability to get reports out as HTML, XML, and PDF.

JUnitFactory (Agitar Software)
Reviewed by Hugh Bawtree
This is cool--Agitar Software is offering a free service to create JUnit tests. JUnitFactory.com generates automated test cases that provide 80% or more code coverage. This is a great way to generate most of the test cases for a Java class. It is available for a quick online test at their web site. For more testing, download the custom Eclipse tool from their web site and generate JUnit tests for lots of your classes. These JUnit tests make it much easier to build automated testing into a daily build. And automated tests mean catching more problems before they reach production!

SOAPscope Tester (Mindreef)
Reviewed by Rick Wayne
JUnit was brilliant because it let developers build upwards from simple tests. But when you're constructing SOAs, complexity can snowball and force testing--especially load testing--to flee to the end of the project, when enough pieces are working to help test the rest. SOAPscope Tester stands this high-risk endeavor on its head, radically simplifying service testing so that you can do it early enough to fix problems cheaply. Without having to hand-construct elaborate test harnesses, developers can perform load testing, assemble tests into suites to automate regression tests, mock services that haven't been built yet, and produce trend reports that the whole team can read.

TestComplete (Automated QA)
Reviewed by Rick Wayne
TestComplete is a UI recorder, so that you can build tests against the expected outputs. But it's more than that. TestComplete is a unit-test running, integrating with tools like JUnit or NUnit. But it's more than that, too. TestComplete builds comprehensive, automated test suites for your applications, hitting everything from the internals (via traditional unit testing) to the GUI. It works with the .NET languages (including Borland's C# and Delphi), XAML-built apps, Java, PowerBuilder, InfoPath, and Web services; if it runs on Windows, TestComplete can probably test against it. Its "intelligent recording" dives under the hood, capturing object references instead of screen coordinates. Heck, it's got built-in OCR so it can translate screen bits to strings if it has to, and it's all scriptable in a bevy of non-proprietary languages.